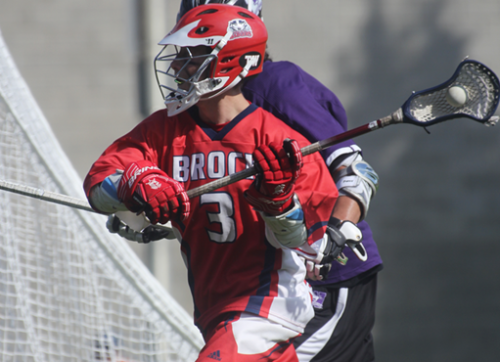 There were many outstanding performances in week one of the 2015 Canadian University Field Lacrosse Association season, but In Lacrosse We Trust’s very own CUFLA beat reporter picks his three stars from this past weekend.

Third Star- Maxime Murdoch- McGill University
You can only make a first impression once and luckily for McGill freshmen Maxime Murdoch, it was a very good one. In his first career CUFLA game, the Montreal,ON native netted a hat trick and tallied four assists for seven points in a convincing 23-0 win over Concordia. The very next day, the 6’4 attackman potted four points(2g,2a) in a 17-7 victory over Carleton.

Second Star- James Malloy- Bishop’s University
Senior Attackman James Malloy found the back of the net five times and added seven helpers for 12 points in Bishop’s opening two games. The former Ironheads Jr.B captain’s 12 point performance helped the Gaitors hop out to a 2-0 start to the year with wins over Trent(13-9) and Ottawa(14-4).

First Star- Brock University- Brandon Slade- Brock University
Junior attackman Brandon Slade kicked off the 2015 season with a bang, burying five goals while chipping in with three assists for an eight point performance in a 17-14 shootout victory over McMaster. The Orangeville,ON native now has 113 points in 24 regular season games with the Badgers.