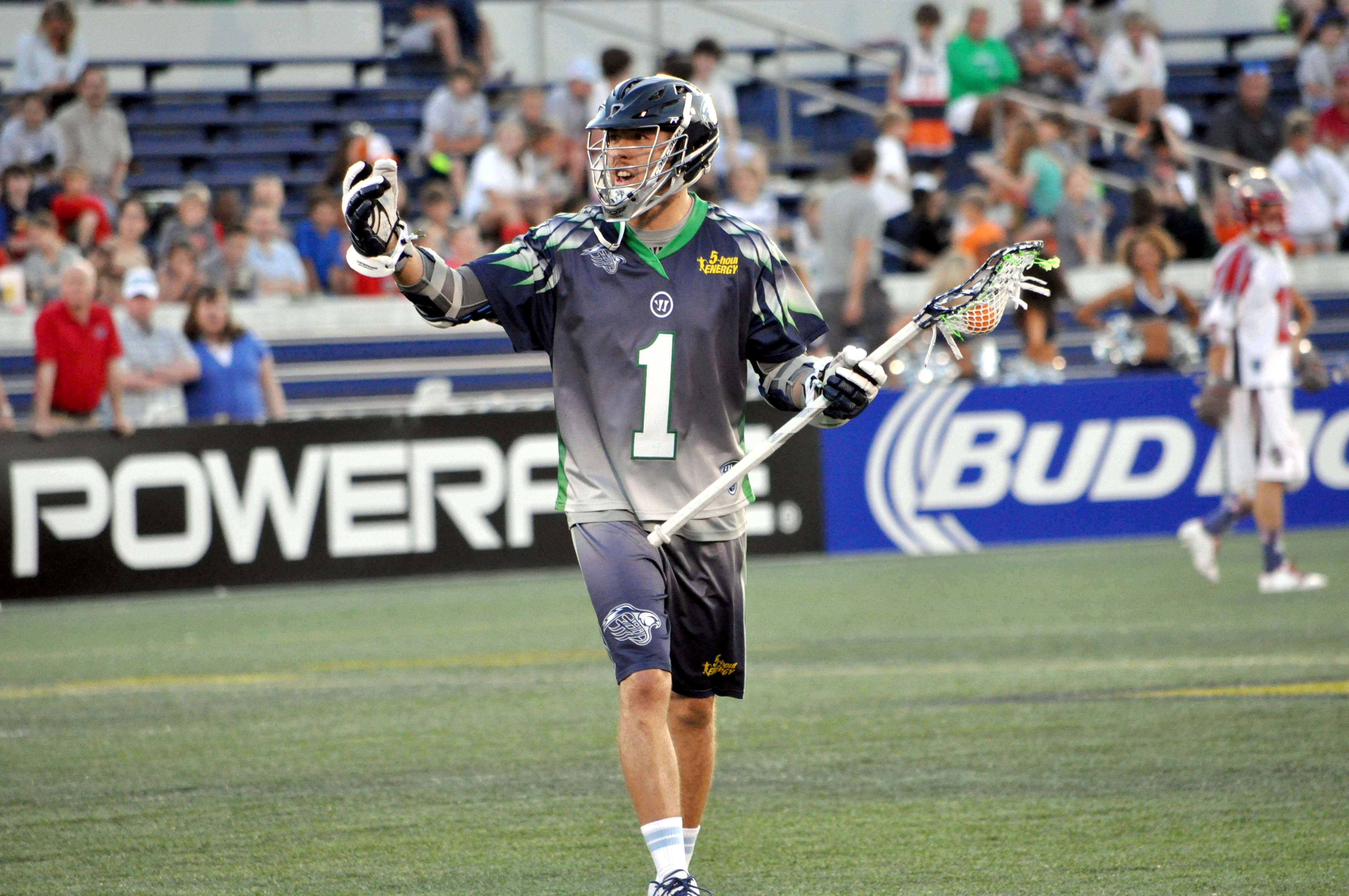 Well, here we are at the end of the MLL regular season. There have been plenty of surprises along the way, and some of the teams that everyone thought would be in the running at this point are hitting the links, while the opposite is true for a few other teams.

The semifinals take place this weekend with Boston making the trip to Long Island to take on the Lizards, and the Rattlers of Rochester slithering into Ohio to re-visit their rivalry with the Machine.

The interesting thing about Major League Lacrosse is that every team’s roster is stacked. Heck, most teams have guys on the practice squad that will make your jaw drop. Whether they are standouts from Division One, Two, or Three it doesn’t matter. Anyone who can spin the rock or shut down those that can has a chance to make a splash in this league.

That precisely why trying to rank the teams in the league is an exercise in futility. Nevertheless, thinking about where teams are at this point in the season let’s spend a few moments thinking about how we got here.

The Lizards wrapped up first place a few weeks ago so to say they backed their way into the playoffs isn’t entirely accurate. Did they play their best ball down the stretch though? That’s a big negative as well. New York took advantage of the fact that they had a full roster from the word go and were able to dominate the rest of the league early, as those teams waited for their NLL or rookies to re-join their respective clubs. It’s a brilliant strategy when you think about it. The challenge is to maintain that level of competitiveness when everyone else is at full strength as well. No one will admit that the motivation to win lessened with recent weeks, and for the sake of consistency heading into the playoffs you’d think the Lizards would want to, but the Lizards choked back the throttle down the stretch. Will this give them the rest they need in the playoffs, or will they be caught off guard by a hangry (yes, a combination of hungry and angry) Boston team? The Beast has a legitimate case for league MVP this year, but has looked more human in the past two weeks. Is this just like a predator toying with its prey or a sign of fatigue? We’ll all know soon enough.

After Ohio dismantled New York two weeks ago, and won a thriller against a Boston playoff team last week I seriously considered making them #1. In fact, I may end up regretting not doing so. The Machine play like a complete team. Brian Phipps took a major step forward this year, and how fun is this offense to watch? I don’t think that the written word does an adequate job of describing this team. They need to be seen. From the looks of their broadcasts it would seem that the Machine are drawing bigger crowds now. Expect Selby Stadium to be rocking this week.

Yes, they’re the four seed, but I have them at three. Both the Cannons and Rattlers lost last week, but Boston lost by 1 to the #2 seed in a thriller, while Rochester fizzled out against Florida. For anyone who followed the Patriot League the past few years the name John Glesener conjures up images of howitzers exploding from the vicinity of West Point, NY. Glesener rolled those caissons up to Boston and unleashed quite the salvo in Boston’s loss to Ohio, notching 8 points (3, 2, 1). When Glesener shoots a two it looks almost effortless, that’s how strong he is. Boston and New York haven’t faced off since their back-to-back home-and-home series the first week of May. Boston dropped both games but a combined total of four goals. My, oh my, how things have changed since then. Boston’s stout defense and transition game might just be the formula for tripping up a New York team that has dropped four of its last six games.

Was the humidity too much for the Ratts down in Boca? An 18-11 drubbing by a motivated Florida team wasn’t likely high on the list of things Coach Tim Soudan wanted to see from his club on the eve of the playoffs. But most people probably weren’t expecting Florida to play lockdown defense in the second half either. As a wise man once sang, “It goes to show you don’t ever know.” Rochester and Ohio split their season series, so predicting where things will go from here seems cloudy.

The Outlaws were a dumpster fire for much of the season. Remember last year when Chesapeake were defending champs, and spend most of the year patching up bodies like the 4077th? Well apparently Denver caught whatever epidemic coursed through Chesapeake’s locker room last year. The Outlaws had trouble putting together a consistent roster, even after their NLL guys reported, and as a result the chemistry just wasn’t there this year. The defense was a real weak spot, but they saved their best for last, finishing the season with back-to-back wins and preserving at least a .500 finish.

Remember when I mentioned they Bayhawks’ medical bills were a bit outrageous last year? Well things were too much better in 2015. Injuries to key players really hurt the Bayhawks, as did the lack of a consistent faceoff presence for most of the year. Charlie Raffa got his sea legs toward the end of the year, but by then it was too late. Tyler Fiorito kept this team in pretty much every game this year and should (but likely won’t) win the goaltender of the year award. On offense this team was really fun to watch once Joe Walters and Drew Westervelt arrived. Matt Danowski was a model of consistency as well, running both attack and midfield. The ever-present Matt Abbott is truly a freak of nature and was a major contributor to the success this team did have this year.

In all honesty, I think that the Outlaws, Bayhawks, and Launch are all bunched pretty close together this year. The Launch had a rough go of it early in the season. Their midfield/transition game was suspect to begin with and then when David Earl went down it was non-existent. A young team to be sure, they benefitted more than any other team in the league with the arrival of their rookie class. The Thompsons are appointment television and didn’t disappoint. Kieran McArdle is a juggernaut, and Connor Buczek’s ability to crank the rock is frightening. Steven Brooks is their midfield leader and seemingly very under-rated at that. Late season acquisition Jovan Miller and rookie Casey Ikeda made a huge impact on the transition game, which did a 180 once Miller arrived on the scene. No doubt the Launch will miss him next season as he continues his education in the UK. But the pieces are in place in Florida. If they could get a full season out of the roster they ended the season with Florida very well could be a playoff team next year.

It seems that every team in the league has a consistent core of players and tweak their line ups with complementary players. Charlotte is not afraid to blow up their roster, the problem is that they make so many moves that no one is able to develop any chemistry. Many have long scratched their heads at Charlotte’s roster moves and this year is no different. If you want the poster team that would benefit from MLL being a full-time occupation, Charlotte would be front and center. Joey Sankey was a bright spot this year, and will likely be runner up in rookie of the year voting. Even when Charlotte wins, they lose. Due to the expansion draft next year, what would have been a #1 overall pick for the Hounds now drops to the #2 or #3 pick, depending on how many new teams join the league. However, the Hounds have an entire cache of picks in the first three rounds. Hopefully they can find some consistency in there somewhere.

When everything is said and done I’d put the MLL teams in 4 different tiers right now, with the teams in each tier being more or less equal.

Now that we’re done with the regular season, bring on the playoffs!