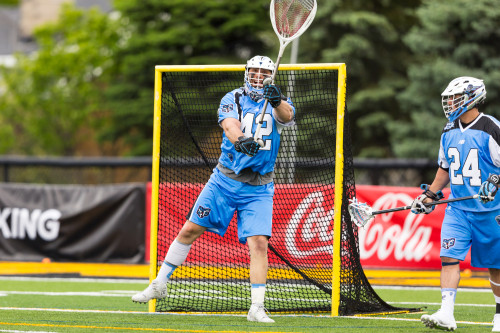 In week three of the Major League Lacrosse 2016 season, here are your three stars.

With what was a shocking announcement to his voluntary immediate retirement just two games into the season, Sawyer went off for three goals and an assist in his very last MLL game. From his days at Loyola to his Charlotte career, Mike was one of the most impactful players on a roster. Good luck in your future endeavors, Mike. It was a pleasure to watch you play.

In what has been a roller coaster career for the Big Rig, he showed he can hang with the best against the Denver Outlaws. The Machine had to rely on the big guy between the pipes to come up with ten huge athletic saves throughout the game to get the overtime win. My hat is off to you good sir for an incredible and electrifying performance in net.

His assignment in their game against Florida was Kieran McArdle, who ended 2015 with 65 points (47G, 18A). This is not easy an easy task as McArdle is one of the best in the game today. Holmes threw McArdle’s 2015 stats aside and held the Florida attackman to just two assists. This is the first time in his three year MLL career that McArdle was held scoreless. Holmes came away with three ground balls as well in the Lizards win over the Launch.