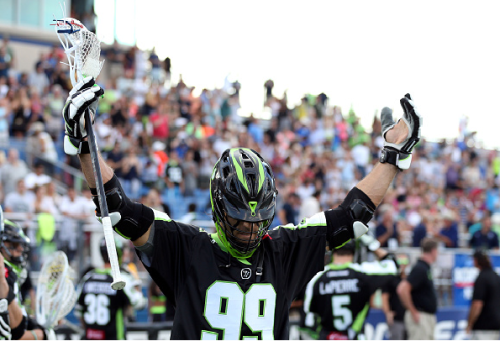 Another week in the books. Check out our three stars from the week that was.

Rabil led the New York offense at Rochester Saturday, recording a game-high seven points which included the game-winning goal just 2:33 into overtime as the Lizards earned a hard-fought 16-15 road win. Rabil had two points in each of the first three quarters, with his seventh pushing New York’s record to 7-4, good for sole possession of second place in the MLL standings. Rabil owns 53 points on the season, third in Major League Lacrosse.

Kaut came up big for Florida in a weekend that featured a pair of games. He began by making 14 saves, allowing 14 goals against Charlotte. He then made 16 stops, allowing just eight goals in an impressive 14-8 win at Atlanta Saturday. Kaut allowed just two second-half goals, making 11 second-half saves, to allow the Launch to pull away. For the season, the Penn State product owns a 14.77 GAA and .538 save percentage.

Law “only” had four points, but he came up at the most opportune time. With Denver trailing 11-10 early in the fourth quarter, Law scored at the 4:35 mark to tie the score, then again at 12:48 to give the Outlaws a 12-11 victory, their fourth straight win to improve to 6-6 on the season – just one game out of a postseason spot. Law also added two second-quarter assists and is now third on Denver with 39 points this season.