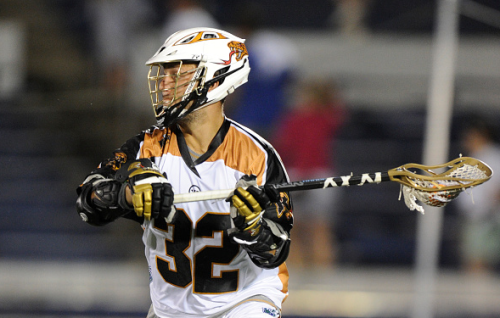 This past weekend of Major League Lacrosse action saw two more overtime games and an impressive road performance to help his team win handily. Here are the three stars from the week that was.

Undoubtedly the number one star of the week was Wolf and his 10 points. Wolf helped his Rattlers jump out to a 7-4 lead after 15 minutes of play, scoring twice and dishing two assists in the first quarter alone. Later in the game, he helped erase any doubt by having a hand in each of Rochester’s first three fourth-quarter goals to give his side an 18-9 lead. The Rattlers finished off an impressive 19-11 win at a tough place to play in Denver, improving to 4-3 on the season while Denver falls to 2-6. Wolf is now tied for fifth in the MLL with 36 points (25 goals, 11 assists)

The Blaze are beginning to surge, due in large part to Kevin Rice, who leads Major League Lacrosse with 45 points. On Saturday, Rice posted four of his points in the game’s first 20:11 then recorded his final four points over the final 21:29, which included assisting on Matt Mackrides’ game-winning goal 1:30 into overtime. The 18-17 victory marked Ohio’s first home loss of the season. Rice has posted four or more points in all seven games this season, recording six or more points in five contests. Atlanta is now 3-4 on the season and just one game out of a postseason spot while Ohio falls to 6-3

For the second straight week, Lawson scored four goals and for a second straight week, he scored the game-winning goal in overtime as New York came back to beat Boston, 13-12. Lawson scored his first goal late in the third quarter then pulled the Lizards within 11-10 before tying the score at 12 with 1:19 left in regulation. Lawson finished off the night by scoring 1:50 into the extra session as New York improves to 6-1 and Boston falls to 4-5. Lawson has posted 23 points (18 goals, one two-point goal, four assists) this season.