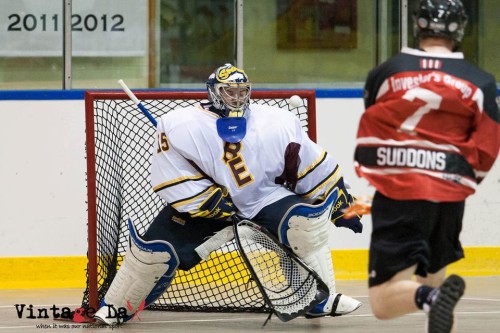 After finishing second in our rookie rankings last week, Ferreira claims the top spot in this installment of the MSL Rookie Report as his 15 points in three games led the Excelsiors to two big victories over the Peterborough Lakers and Brooklin Redmen. In Ferreira’s last six games he’s racked up a total of 28 points on nine goals and 19 assists, making a case for himself as MSL Rookie of the Year. Ferreira’s offensively explosion has come in a timely fashion, as the Excelsiors are currently playing some of their best lacrosse of the season, and look poised to lock up a 2015 playoff spot in the coming week.
2. Turner Evans—Peterborough Lakers
Last week Evans claimed top spot in the rookie rankings, and if not for Tyler Ferreira’s unearthly performance over the last week, Evans would have once again claimed the top spot in the rankings. After a somewhat slow start that saw Evans searching to find his role with the veteran Lakers squad, he’s since found that role and thrived in it, currently sitting fifth in Lakers team scoring with 37 points in 15 games. In a week that saw the Lakers go 1-1, Evans poured in nine assists, kicking his week off with three assists in a loss to Brampton, followed up by six assists in a big win over the Brooklin Redmen on the road. Evans has staked claim to the left shooter spot on the Lakers’ potent power play, and should continue to see his point totals soar as his rookie season closes out.
3. Dan Lomas—Oakville Rock
Dan Lomas continues to be a mainstay in the MSL rookie report, as the former Burlington Chief currently leads the Oakville Rock in scoring with 36 points in 16 games. This past week Lomas had a huge game for the Rock against Kitchener-Waterloo in a game that had massive playoff implications. Lomas led the Rock with four points on three goals and one assist in the Rock’s 6-3 win. He would follow that up with a quiet evening against the powerhouse Peterborough Lakers on Thursday night, as he picked up one goal in a 7-5 Rock loss.
4. Brier Jonathan—Oakville Rock
Jonathan finds himself in the MSL rookie rankings for the first time this season, after two excellent defensive performances. While not a name you expect to see in the rankings on a week to week basis, Jonathan has really proved his worth to the Oakville Rock this season. Jonathan has been an excellent one-on-one defender, playing physically and at a high speed, and even transitioning well when the time calls for it. While not quite at the level of fellow Rock defenders Jason Noble or Alex Crepinsek, you should expect to see Jonathan donning an NLL jersey during the 2016 NLL season.
5. T.J. Sanders—Brooklin Redmen
It seems as though every week the Brooklin Redmen have one rookie really step up offensively, carrying the load for a team that really struggles to score behind Shawn Williams and Mike Teeter. While Sanders was held pointless in a tough home loss to the Peterborough Lakers last Wednesday evening, Sanders exploded for two goals and two assists in a tough, narrow 7-6 loss to the Brampton Excelsiors, who the Redmen are chasing for the final MSL playoff spot. Sanders currently sits sixth in Redmen team scoring with six goals and 15 assists for 21 points, but has really stepped up his game in the Redmen’s last five games, tallying six goals and five assists for 11 points.
Honorable Mention
David DiRuscio —Kitchener-Waterloo Kodiaks
Allister Warren—Oakville Rock
John St. John—Brooklin Redmen
Kyle Whitlow—Brooklin Redmen
Johnny Powless—Six Nations Chiefs