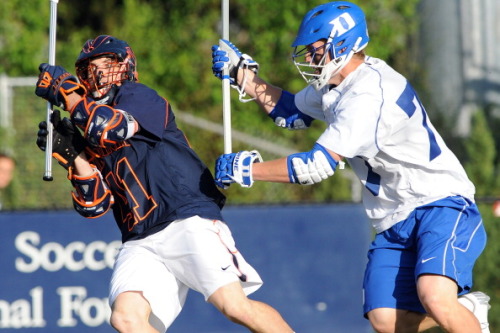 The ACC will see Notre Dame and North Carolina fighting this week for the chance to play Duke.  The loser gets Syracuse.  Syracuse will play one the only two teams they lost to while Duke hasn’t beaten anyone in the field.  Last year’s tournament saw every team avenge a loss from earlier in the year.  There’s no reason to think that the same thing can’t happen again here.

The Patriot and Ivy leagues are also very confusing.  If you took the top five teams in both leagues and shuffled them up into a big double elimination tournament….who wins?  I still don’t think you have a clear-cut favorite in that group.  This is why those automatic bids will be so valuable.  At-large bids from those conferences will be hard to come by.

Records and scores are including games from April 12.

13        Navy        Record: 8-4        InLax Score: 74.28        Previous: 15
The Patriot League random number generator gave Navy a three point win over Army this week.  That is a little unfair to Navy.  This is actually a pretty good team who has a decent resume put together over the season.  They definitely need to use the conference tournament to lock an NCAA bid though.  An early exit might be enough to doom them.

20        Princeton        Record: 7-4        InLax Score: 62.69        Previous: 19
Princeton stopped their three game losing streak by beating up on Dartmouth.  Games against Harvard and Cornell next will either list this team to their fullest potential or bury them under another disappointing season.