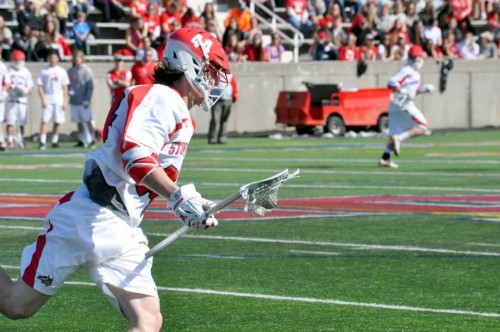 The ACC seedlings are officially set while most other conferences still need a few more games to take shape.  The Patriot League also locked up their seeding, with Navy, Colgate, Bucknell, Loyola, Army, and Lehigh all getting some extra games.  If it is anything like last year or any of the games during the season, get in front of a TV on Friday.   While most other conferences have a clear favorite, the ACC, and Ivy and Patriots Leagues are still not much better than a coin toss.

Records and scores are including games from April 19.

7        Albany        Record: 11-2        InLax Score: 145.60        Previous: 8
Two wins this week over Bryant and Yale weren’t dominant, but they were enough to keep the Danes in legitimate top ten conversation.  It’s hard to believe that early bracket projections have them on the road at Syracuse to open the NCAA tournament.  That hardly seems fair to either team’s performance this season.

12        Ohio State        Record: 10-4        InLax Score: 98.36        Previous: 9
Ohio was so close to pulling off what could have been the upset of the year.  Instead, Maryland came away with the win as the stadium was filling up to the limits for the Ohio State spring football game.  This could make the conference tournament interesting if they see each other again.