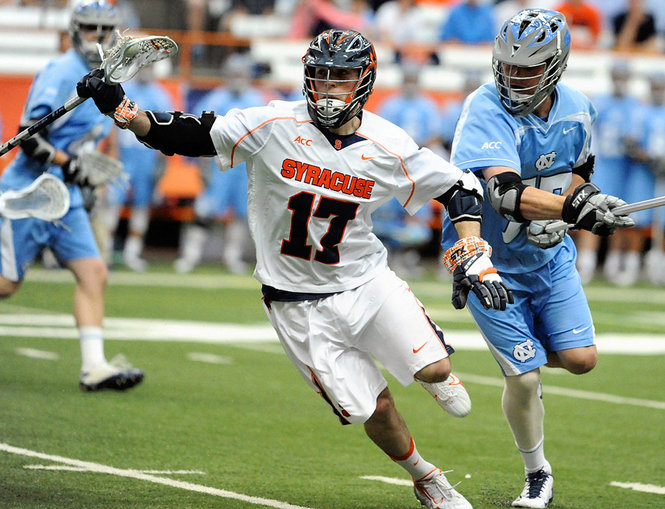 If you didn’t make time to watch any NCAA lacrosse this past weekend, you need to sit down and figure out how you are going to change that in the next few weeks.  The ACC and Patriot champs have been determined and next weekend will see everyone else fight it out.  There was a ton of churn on the top six teams as all but two lost a game.  By this time next week, we will know our NCAA tournament field.

Records and scores are including games from April 26.
1        Syracuse        Record: 11-2        InLax Score: 181.38          Previous: 4
Syracuse has appeared in the conference championship game every single year they have been in a conference.  This year, they were able to secure a win over Duke after avenging a loss from earlier in the season to North Carolina.  Next up is a road date with Colgate, who is also fresh off a conference championship, taking the Patriot league over the weekend.  A win there should lock the Orange in for an overall #1 seed.

3        Duke        Record: 11-5        InLax Score: 141.06        Previous: 6
I’ll be honest.  I was less than impressed with Duke’s win over Notre Dame.  I felt Fowler in goal was outstanding, but the game was more about Notre Dame having a totally off day.  Sunday on the other hand, Duke looked like they are ready for championship weekend.  Myles Jones had the best performance I have ever personally seen from him and their faceoff unit was a true team.  Once again, Duke is peaking at the right time.

4        North Carolina        Record: 12-3        InLax Score: 164.61        Previous: 3
North Carolina played a tough game against Syracuse, only losing by a goal.  They beat up the Orange in the process, but now are idle until the NCAA tournament begins with only losses to Notre Dame and Syracuse to think about.  This team absolutely can make it to championship weekend, which would break an uncomfortably long drought for the former champs.

5        Notre Dame        Record: 9-2        InLax Score: 154.67        Previous: 1
The Irish were about as off as you could possibly be against Duke.  They just couldn’t do anything right until the fourth quarter rolled around.  That’s when the reeled off six goals in six minutes and made it a four goal game with four minutes left.  A comeback seemed possible, but Duke made the stops they needed to a delivered the final blow as the shot clock was expiring, eating up a ton of clock and adding another point to the scoreboard.  Don’t expect another game like this from the Irish.  5 is probably not fair, but when you rank teams against who lost, they looked pretty bad in theirs.

6        Maryland        Record: 12-2        InLax Score: 172.67        Previous: 2
Maryland could have made life miserable for the pollsters with all the upsets in ACC land, but they did not.  Instead, they lost to Hopkins, giving the Jays postseason eligibility and losing the top seed in the first ever B1G conference tournament.  Maryland has been losing steam as of late, which is not a good thing.

15        Colgate         Record: 10-4        InLax Score: 93.44        Previous: Unranked
Colgate finished the weekend with the Patriot League title, locking up an NCAA bid in the process.  Given how unpredictable that league was this year, that is definitely something to be proud of.  They host Syracuse next, which will be no easy task. 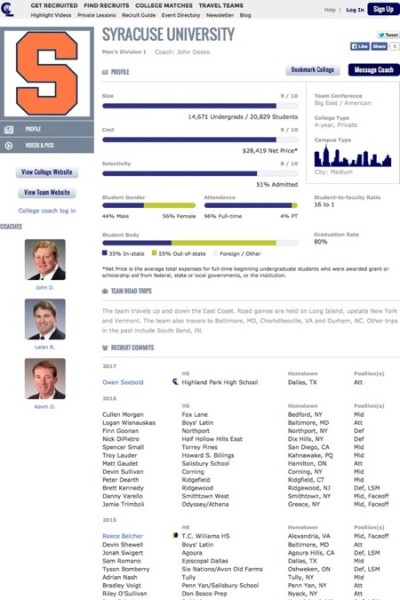