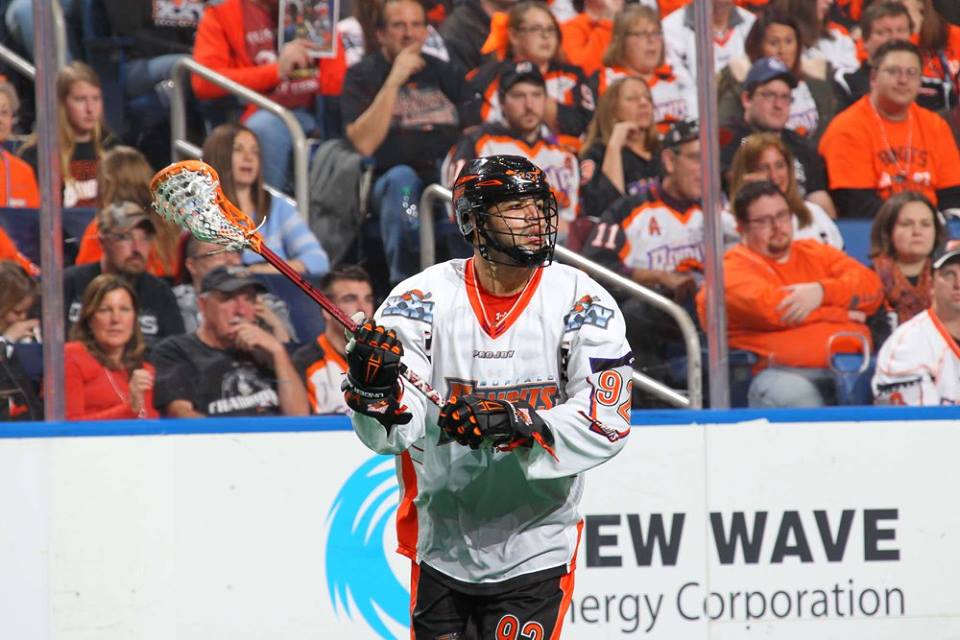 Although Week 13 was filled with offensive performances, Chris Corbeil made his presence felt on the defensive side of the ball for the Saskatchewan Rush. The Rush defense, led by Corbeil, was a huge reason the Rush swept the Toronto Rock in a home and home this past weekend. The Rush captain scooped up 18 loose balls and forced five caused turnovers while adding an assist and was a physical force in the two victories. The Rush are making a name for themselves for their young, highflying offense, but Corbeil reminded us once again, that the back-bone of this Saskatchewan squad is their defence.

The turn around of the New England Black Wolves has been one of the most intriguing storylines of the 2016 season. Many site the coaching staff of Glenn Clark, Jim Veltman and Tracey Kelusky as the biggest reason for the improvement from last season, but there’s no denying that the 2015 NLL Most Valuable Player Shawn Evans has been the biggest difference maker on the floor. Evans netted eight goals, 10 assists for 18 points in a pair of victories over the Rochester Knighthawks this past weekend. The Peterborough, ON native has 34 goals, 48 assists for 82 points in 11 games played and is on pace to break the single-season scoring record that he set last season.

The historic season of Dhane Smith continued this weekend with an outrageous 12-point night against Vancouver on Friday. Smith tallied six goals and six assists, bringing his season total to 48 goals, 55 assists and 103 points. He is shy just four points of his career best of 107 from last season. He is on pace to shatter the single season record of 130 set by the aforementioned Evans. He only needs to average 4.5 points in his last six games, while he’s been averaging 8.5 this season.