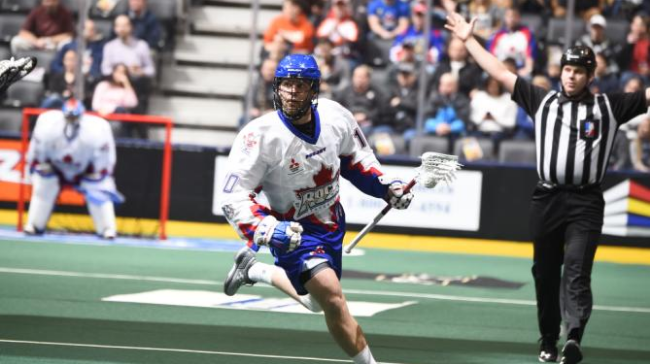 Third Star- Dhane Smith- Buffalo Bandits
As the old adage goes, records are meant to be broken but in 2016 Dhane Smith took that saying to heart. After breaking the single-season points record last week, Smith continued to etch his name in the record books scoring his 72nd goal of the year, passing Athan Innanucci’s previous record of goals in a single season(71). His six point performance helped lift the Buffalo Bandits to a 12-7 win over the New England Blackwolves and clinch first place in the East Division. Smith finished his historic 2016 season with 72 goals, 65 assists for 137 points.

The Georgia Swarm are steamrolling into the playoffs, winning four of their last five games led by their potent offense, including a convincing 14-6 win over Vancouver on Saturday night. As per usual, the Swarm had a handful of stellar offensive performances, but Shayne Jackson shined the brightest for Georgia, netting four goals and adding five assists for nine points. Jackson managed to fire his four goals on just six shots. The Bowmanville,ON native finished the 2016 regular season with 40 goals, 43 helpers for 83 points, a new career high for Jackson.

First Star- Rob Hellyer- Toronto Rock
Although the 2016 season did not go as planned for the Toronto Rock, they could not have asked for a better season from Rob Hellyer and they sure couldn’t have asked for a better game from their leading scorer in the Rock’s 18-17 OT loss on Saturday night. The Orangeville Northmen product netted seven goals while adding six assists for 13 points, a new single game career high. It was also the fourth time he hit double digits in points this season. Hellyer has established himself as one of the leagues elite scorers and has become the backbone of the Rock offense. Although this season was a let down for Toronto, there was nothing disappointing about Hellyer’s 2016 campaign.