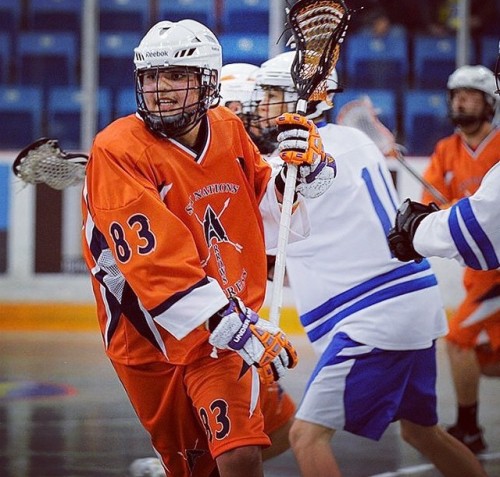 Austin Staats helped lead the Six Nations Arrows to back to back wins over the third place Brampton Excelsiors on the weekend. Staats tallied an impressive 17 points(9 goals,8 assists) in the pair of wins. His biggest performance came on Friday night with a colossal 11 points in the 16-5 win. Staats now has 86 points on the season, good enough for third in the OJALL.

The ILWT 3 Stars is becoming a home away from home for John St. John. Once again he finds himself among the leagues best of the week, this time as the second star thanks to a 15 point weekend. On Friday night, the Ajax,ON native netted two goals and six assists for eight points in a disappointing loss to the cross city rivals Mimico. On Sunday, the Beach bounced back with a 13-6 over Barrie while St. John tallied four goals and three assists for seven points. Needless to say the #JSJ4MVP campaign is in full swing in The Six.

Jake Fox is quietly putting together a solid season with the Lakers with 53 points in 16 games. He continued the steady offensive production on Friday night with a season high seven point performance in a 10-9 win over Barrie. The righty from Ottawa also tallied his 100th career OLA Jr. point in his 40th game with Peterborough.