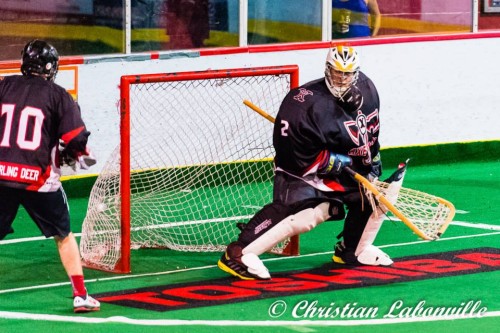 1.     Capital Axemen had a huge 17-4 victory Saturday over the Mohawks. This gives the Axemen a 12-1 record as they stay in first and should be getting the top seed come playoff time. Alex Kedoh Hill helped play a big part in getting his team the win with (4G, 3A). Raj Wasson had four assists and Tim Bergin had three of his own upping his season point total to 77 as he still as a steady lead on the league. The Crawford brothers had a solid amount of points as well Callum (2G, 2A) and Ian (3G, 1A). Also NLL player and one of the top American box players Sam Bradman has joined the lineup scoring a goal in his first game. The Axemen will face the Mohawks again this Saturday as they look to get win thirteen.

2.     Vermont Voyageurs had this past weekend off this week they will face back-to-back games vs. the Snake Island Muskies. Besides having Players Ethan Farrell, Greg Rogowski, Brandon Dube and Joes Evens all going out for team USA. You also have to watch out for Garrett Naimie and Josh Berger who are going out for team Israel. Also Trevor Wagar has seen time in the NLL and Taylor Smoke and Bennett Dee are two of the teams top defenders.

3.     Kahnawake Mohawks did not win last week but saw Kyle Alfred assists three of the teams four goals. Also Corey Thompson and Peter Jacobs got goals. There was no Ty Thompson in the lineup. And Veteran goalie Mike Thompson played in only his second game of the season. This week the Mohawks will face the Tomahawks Friday and the Axemen Saturday.

4.     Snake Island Muskies. It is hard to rank them since they are still Three Nation Senior Lacrosse league but play a QSLL schedule and have been a big part of the league.  At 7-4 they would be ranked higher if they didn’t have the TNSLL status still.  Joe Hall is leading his team in points with 48.  Shane Francis is second past with 29, Lee Thomas has 25 and Albany’s KY Tarbell and Cody Kilcoyne have 25 as well. Next they will take on Vermont this weekend.

5.     Kahnawake Tomahawks are still in last with only one win.  The Muskies beat them both times last week once 10-5 and the next day 17-14.  Dave Thomas scored three goals to give his team a shot at their second game of the season. This week they will take on the Mohawks looking for the big upset.