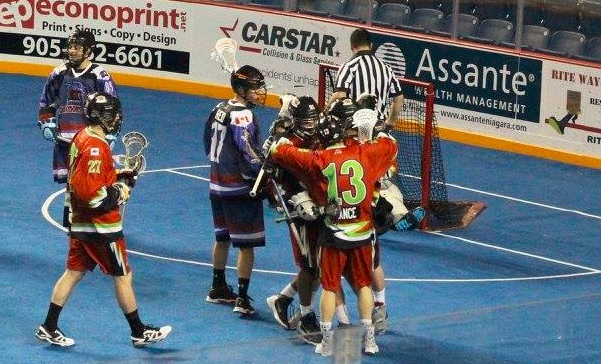 Third Star: Gage Board—SouthWest Cyclops
Southwest Cyclops transition player Gage Board had a big performance in the Cyclops 17-9 win over the Barrie Blizzard on Friday night, netting two goals and four assists for six points. The Brampton, ON native now has eight points on the year.

Second Star: Brady Heseltine—SouthWest Cyclops
Brady Heseltine had no problem finding the back of the cage on Friday night, tallying five goals. Each of Hesteltine’s goals came on the powerplay. In three games, the Mercyhurst University product has seven goals, four assists for 11 points in three games. The Elora, ON native is five points away from his 16 points in his rookie season in 2015.

First Star: Jordan Dance—SouthWest Cyclops
Jordan Dance continued his impressive return to CLax, netting a hat-trick and chipped in five helpers for eight points in SouthWest’s win over Barrie. Dance has 23 points in four games, good enough for fourth in league scoring. This is the second straight week Dance was named In Lacrosse We Trust’s first star of the week.