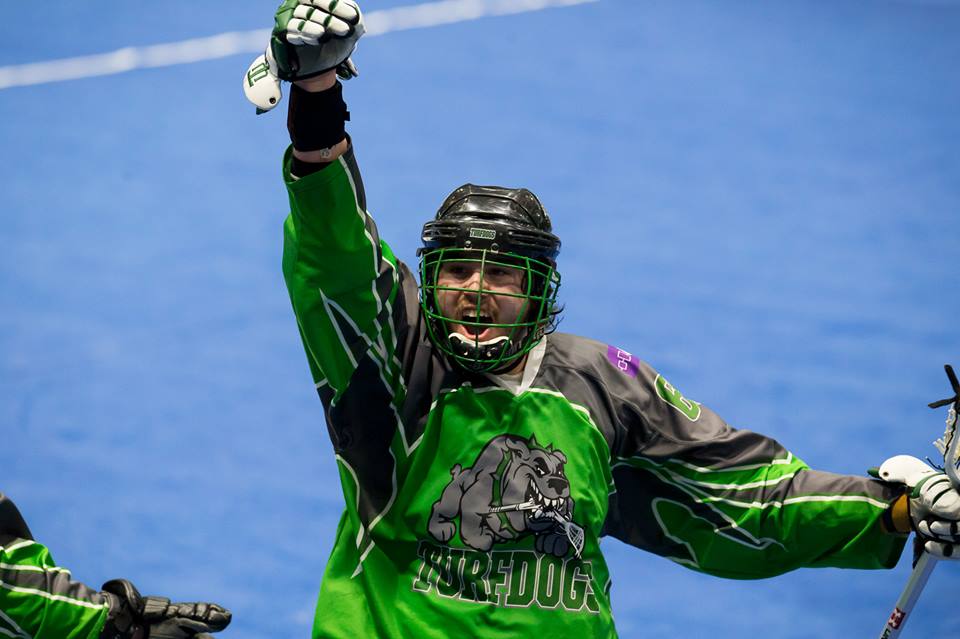 Third Star: Dylan Goddard—Durham Turfdogs
Dylan Goddard continued his stellar 2016 campaign, netting seven goals and five assists for 12 points in two games this weekend. The Courtice, ON native tallied a hat-trick and added a helper in the Turfdogs 12-10 loss to the Barrie Blizzard at home on Saturday afternoon. The next day, Goddard had a big eight point performance(4 G, 4 A) to help lift the Turfdogs to a 16-15 win against the Blizzard. In seven games played, the Turfdogs‘ sniper has 18 goals, 10 assists for 28 points.

Second Star: Zach Thompkinson—Barrie Blizzard
After being out of the lineup on Saturday afternoon due to a lower body injury, Zach Tompkinson returned to the floor with a bang, finding the back of the cage five times while chipping in with a pair of helpers for seven points on Sunday. The hometown product was nabbed top honours for top transition player last week and will no doubt be a heavy favourite to win again in week five.

First Star: Thomas Hoggarth—Durham Turfdogs
Thomas Hoggarth was a dominant force all weekend, burying seven goals and dished out six assists for 13 points in a weekend split against Barrie. Hoggarth has 29 points in seven games, good enough for first in Turfdog scoring. The Lakefield, ON native was very strong in his own end as well, continuing to prove he is one of the best two way players in the league.