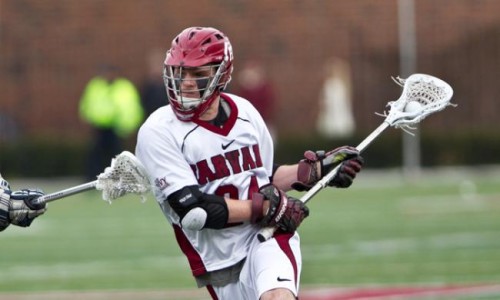 Duke had been immune thus far, until the Blue Devils faced the 12th ranked Harvard Crimson on Long Island. Ranked fourth in the nation, Duke is led by incredible talent, and though the Crimson have been a strong team in their own right, they have not been linked to the same class as Duke.

On Saturday afternoon, the Crimson exploded offensively to lead 10-5 at the half and eventually defeated Duke, 14-9 to extend its record to 4-0. This was the first time this season that Harvard had not had to go into an overtime of some sort, and it was the first loss of the year for Duke.

Harvard held the Blue Devils without a goal in the third quarter as Harvard goalie Robert Shaw continued his strong season. Duke did score three straight goals late in the fourth quarter and it looked like the comeback was on, but Harvard scored one goal late to seal the victory.

Myles Jones of Duke, considered the pre season front runner for the Tewaaraton trophy, was held to just a lone assist for his lowest output of the season so far. Devin Dwyer scored four goals to lead the way for the Crimson, also picking up two assists. Morgan Cheek had six points as well with three goals and three assists. Brendan Newman added two goals, and Shaw made ten saves.

For Duke, while Jones was shut down, Justin Guterding had six points with three goals and three assists to lead the way for the Blue Devils. Jack Bruckner had three goals and an assist, while Deemer Class also had four points with two goals and two assists. Danny Fowler made 14 saves between the pipes for a .500 save percentage.

It took Duke too long to get going in the game and Harvard, a team that has learned urgency after three straight overtime games, took advantage of it. The Crimson are now averaging over 11 goals per game and should see a big leap in the standings this week.

Duke gets to return right to the field on Monday night as the Blue Devils will host 3-1 Richmond, while Harvard is at Bryant on Tuesday night. The Bulldogs are 3-2.