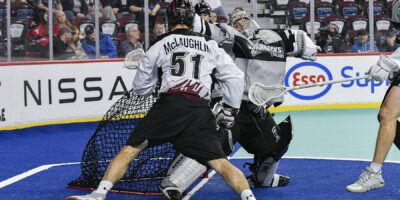 For years, there’s been an immovable object that has stood in the way of the Colorado Mammoth. That object was the Calgary Roughnecks and on Friday night the Mammoth finally smashed through and defeated their longtime playoff foe with a convincing 16-12 victory. The Mammoth played a textbook road game highlighted by two four-goal runs in the second half to secure their berth in the West Conference Finals. Connor Robinson… 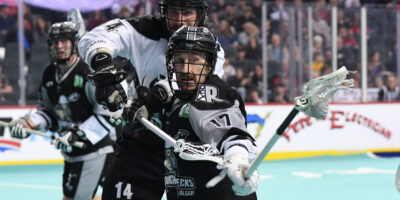 Despite the Calgary Roughnecks and the Colorado Mammoth having already clinching their spots in the 2022 NLL Postseason, there was still the matter of home field advantage to settle. If you thought either team was satisfied to coast into the playoffs, then it took only six seconds for you to change your mind. Colorado’s Zed Williams absolutely wall-papered Ethan Ticehurst off the opening faceoff with an illegal body check and… 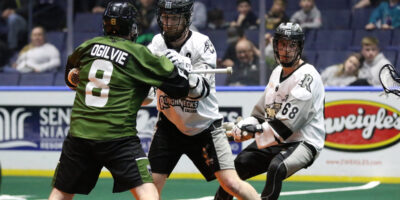 Woah. Where did these Rochester Knighthawks come from and where have they been all season? Friday night the Knighthawks picked up their best win over the season – and just fourth overall – 15-7 over the Calgary Roughnecks, who had come into Blue Cross Arena on a five-game winning streak. Calgary had been looking to sew up a home playoff game but will have to wait until next week to… 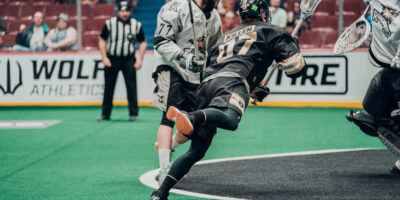 British Columbia’s lone National Lacrosse League team, the Vancouver Warriors, hosted a western rival Saturday night at Rogers Arena; the Calgary Roughnecks. Both teams scored double digit numbers, however, the Roughnecks came out on top over the Warriors by a score of 15-13. The win clinched the third playoff spot in the West for the Roughnecks, who also won the Alterna Cup after Halifax’s loss to Toronto earlier that night…. 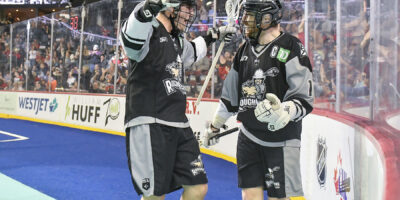 Opportunity came knocking at the Calgary Roughnecks door this weekend in the form of yet another gruelling doubleheader. An opportunity to move above .500 for the first time this season was at stake, but more importantly an opportunity to further secure the third and final playoff spot in the West. Up first, a Friday night matchup against the eastern powerhouse Halifax Thunderbirds. Holding a slight 6-5 lead at the half,… 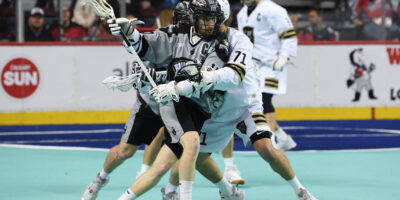 Sporting a 5-7 record and sitting outside of the playoff picture, the time was now for the Calgary Roughnecks. A huge opportunity to move into third place with a win against the visiting Vancouver Warriors presented itself on Friday night and the game did not disappoint. A flurry of late fourth quarter goals forced overtime and in that extra frame it was Curtis Dickson sticking an amazing bouncer giving Calgary… 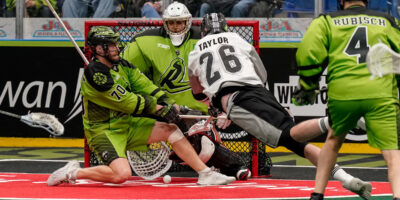 The Calgary Roughnecks won the last NLL championship, back in 2019 in the pre-COVID-19 days. The Saskatchewan Rush have had the best regular-season record in the West Division the last seven straight seasons. But in 2022, these two juggernauts are at the bottom of the division standings, in danger of missing the playoffs entirely. So every game is critical for both squads. Saturday night, the Roughnecks went home with the… 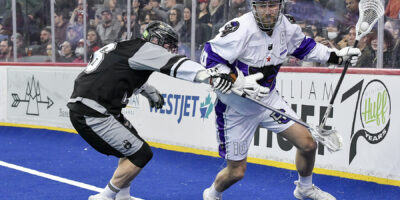 On paper, the Panther City Lacrosse Club was listed as the underdogs for Saturday night’s matchup against the Calgary Roughnecks, but as the old adage goes, that’s why they play the game. A workmanlike effort netted the expansion PCLC a well-deserved 14-11 road victory and quietly extended their win streak to four in a row. Panther City now sits fourth in the Western Conference and within striking distance of a… 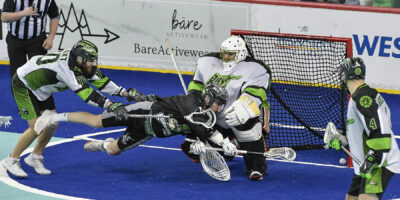 Facing a critical double-header weekend with their post-season hopes largely hanging in the balance, the Calgary Roughnecks got the start they needed and defeated the Saskatchewan Rush 14-12. Going into a rare Thursday night game (which coincided with St. Patrick’s Day), head coach Curt Malawsky held a morning video session and challenged his Roughneck players to be better. “We had some honest conversations in there. It’s not easy to do… 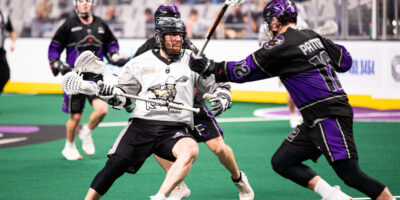 The Panther City Lacrosse Club (PCLC) hosted the Calgary Roughnecks this weekend in the inaugural matchup between the two clubs. The Calgary squad, fresh off a one-goal home floor loss Friday night, made the trip to Fort Worth, Texas for the Sunday night showcase. The PCLC has had a tough start to their season, chalking up only one win with seven losses to start their first season. Calgary brought home…