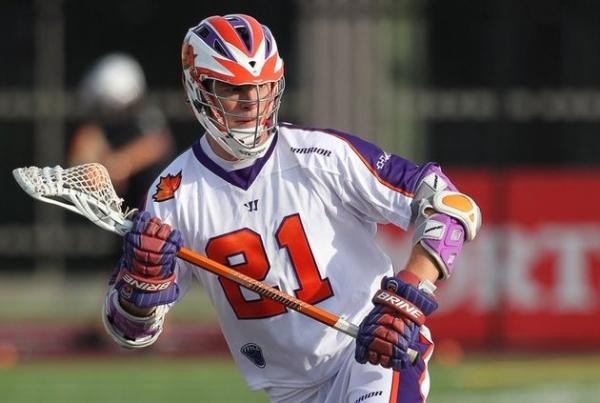 If there’s one player teams would like to get their hands on, it’s Kevin Crowley. He has been a stud offensively for every team he’s played on both in the NLL and MLL. This will be Kevin’s fourth MLL team in six years.

Crowley’s point production has decreased significantly since his 2013 season with the Hamilton Nationals (55 pts) to his previous season with the Chespaeake Bayhawks (10 pts). This may be due to the overlapping seasons between the NLL and MLL. However, he is the kind of player that can bounce back easily.

Charlotte is in need of some midfield help after a 3-11 season. Crowley adds the Canadian effect of moving well and frequently off ball. With his addition, it makes things easier on the Hounds’ attack unit of Joey Sankey, Kevin Cunningham and Mike Sawyer who produced most of the points. Kevin adds to the already threatening midfield with John Haus, Mike Chanenchuk, Jake Tripucka and Terry Kimmener.

Charlotte has tried picking up box players before, but they were not able to join or chose not to join due to other commitments, i.e. Cody Jameson. It will be interesting to see how Coach Mike Cerino conducts his offense with the addition of Crowley.

When Kevin does join the Hounds after his time with the New England Black Wolves, he will add a set of incredible skills and leadership on the field to make Charlotte’s offense that much more dangerous.