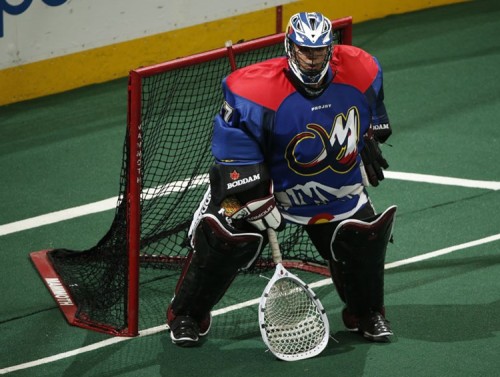 The few times that the National Lacrosse League has seen footage of game play on national television or virally on the Internet, it hasn’t often been in appreciation of the play on the field. The NLL has once again reached that point, as the open field hit from Colorado Mammoth goaltender Alex Buque on Calgary transition Karsen Leung has been everywhere.

While the hit has gotten the NLL on the front page of ESPN.com, not all of the lacrosse world is thrilled at this representation of the league.

Many players, reporters, and people involved in the game have taken to social media to express their opinions on the publicity of the hit, and the legality of it.

“I felt it was a decision that had to be made to bring our team back.” Buque said in Lacrosse Magazine on Monday. “I did what I had to do. It’s not that I don’t like the guy. I wasn’t head-hunting or anything. I was just playing the game. Obviously, as you can see, it was a shoulder-to-shoulder hit. It was pretty clean. I was making a game-changing point. He’s a good scorer and I didn’t want to give him the opportunity to score. He got a pass and I laid on the hit. I was trying to change the game to help our team. I don’t see anything dirty about it.”

Here is my take on the Buque hit. unsure how this does not constitute further action. Not saying he was deliberately meant to hurt Leung…

Whether that Buque hit was legal or not, it makes me uneasy to watch. Hope Leung isn't hurt and if he is hope he makes a quick recovery

I"d rather take 5 Rory Smith Summer ball chops in a row than take one hit like the Buque hit. At least I could see them and protect myself

NLL 2016 two most watched vids= high hit/sucker punch/ball2theface + what could have been a career ending hit. Not ideal publicity IMO.

You wonder why @NLL is a fringe league… Look at the press coverage of this event. Media only covers questionable events in lacrosse, not..

And lastly, from the Rochester Knighthawks backup goaltender.

Kept the ball out of his net. Good hit @alex_buque