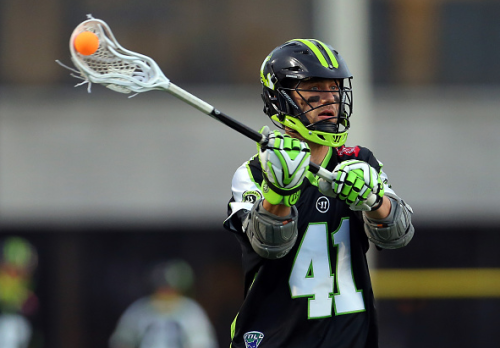 Past the midway point of the season and the All-Star Game, the New York Lizards are playing host to the Charlotte Hounds on June 20th at James M. Shuart Stadium. The Lizards (8-0) are looking to keep their hopes of an undefeated season alive while the Hounds (1-7)are looking to turn around what has been a dismal season

The Lizards and Hounds last met three weeks ago at American Legion Memorial Stadium where the Lizards defeated the Hounds 21-16. Leading the way for the Lizards was Rob Pannell and Paul Rabil each with five goals scored in that game. Greg Gurenlian also played a factor in the win by winning 25 of 30 face-offs, leading to him being awarded his fifth of eight FOAthlete of the Week of the season.

Before the game even begins, Charlotte is shaking up their roster. The Hounds traded midfielder Josh Hawkins earlier this week to the Boston Cannons for a collegiate and supplemental draft pick in 2016. Hawkins had shot thirteen times in seven games with the Hounds, six of which were on goal and three of those six that went into the net, and picked up 14 ground balls. It’s difficult to say whether this will benefit or hurt the Hounds, but one thing is for sure, they aren’t afraid to make changes to get better results.

The Lizards showed they had a powerhouse roster by sending eight players (Pannell, Rabil, Gurenlian, Drew Adams, Joe Fletcher, Kyle Hartzell, JoJo Marasco, and Ned Crotty) to the All-Star Game in Houston while Charlotte only managed to send three (Brendan Fowler, Ryan Flanagan, and John Haus). However, the Lizards must be careful of fatigue that their players might be feeling after playing in the All-Star Game. If fatigue does plague their stars, the Hounds should look to take advantage.

It is worth noting that the Lizards are one win away from their 100th win as a franchise, becoming the second franchise in the MLL to achieve this milestone after the Boston Cannons. Also, in support of breast cancer awareness, the Lizards will wear pink jerseys that will be autographed and auctioned off following the game. Also, the first 1,000 fans will be given a special edition Lizards t-shirt.

Overall, the Lizards will complete the season sweep of the Hounds with a win Saturday night. The offensive firepower of New York is too much for Charlotte to handle. The only way I could see the Hounds pulling an upset is if fatigue is affecting the play of the Lizards.