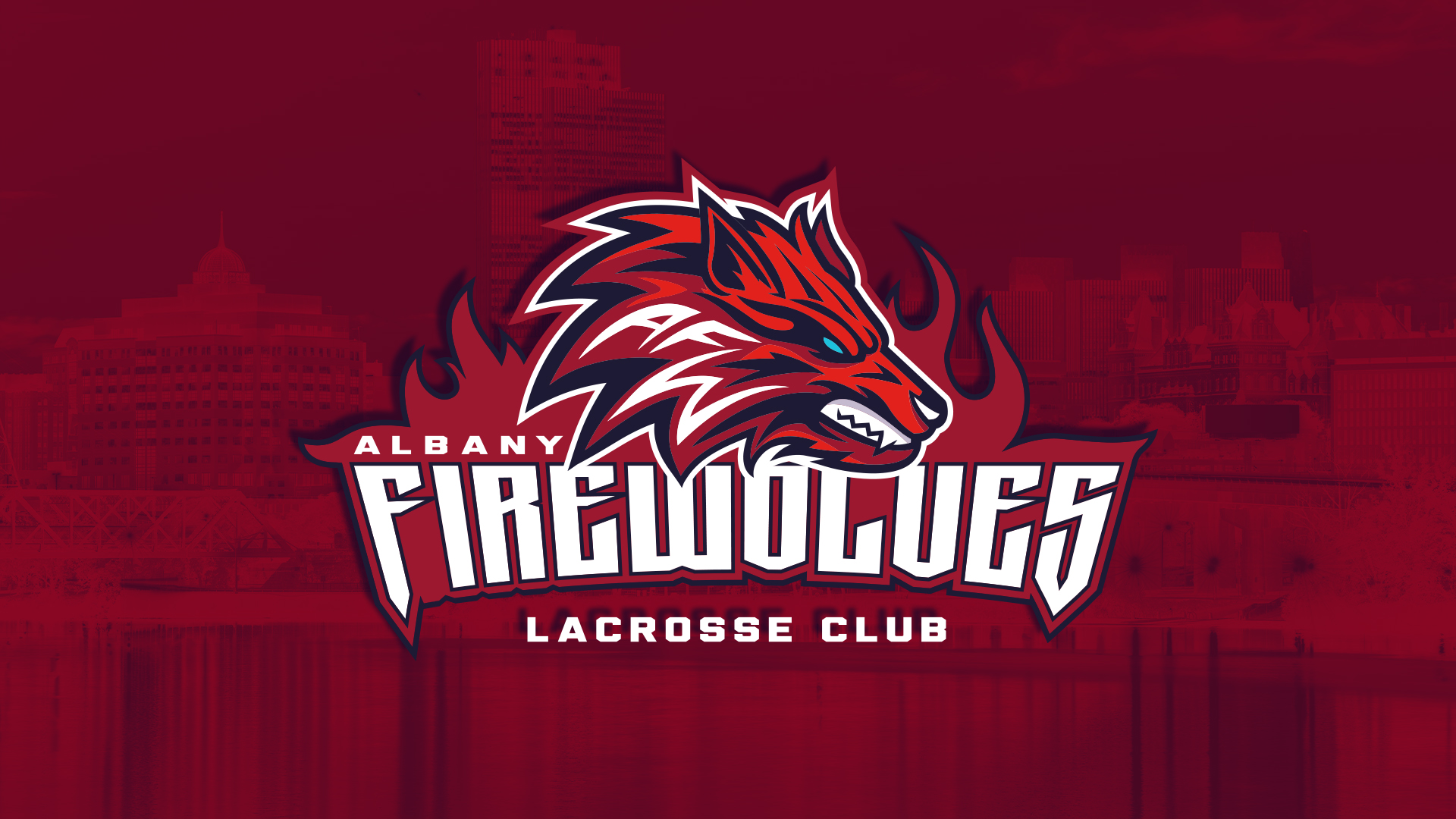 On Thursday, April 15th, the newly relocated Albany NLL franchise got its new identity as the FireWolves was announced to be the team’s new name. The new name pays homage to the former New England Black Wolves and the former Albany Attack, who also had a wolf as their mascot.

Earlier in 2021, after the sale and relocation of the New England Black Wolves to Albany was announced, the franchise asked for name submissions from fans. They reportedly received over 2000 name submissions and 4000 responses on their fan poll. The FireWolves were one of three finalist names in the running, along with the Attack and the Black Arrows.

The new ownership of the FireWolves cited part of their motivation for selecting the winning name as wanting to build a community around the team just like a wolf pack.

Stated team president George Manias: “On the field, we will be fierce, like a wolf, and intimidate foes who come into our den. A planned fire, like a fireplace or fire pit, always encourages a gathering. Our games will be a gathering place for our fans to rally and support our team onto victory. We will be one with our community, like a PACK, and become the alpha in the Capital Region as we will offer our fans the live sporting event and entertainment value they have grown accustomed to.”

The FireWolves also announced their inaugural season motto, “PACK the House,” which fits in with the sense of community they’re trying to build around the team. The last NLL franchise in Albany was there for four seasons only and suffered from low attendance and unprofitability throughout its life until it was sold, so the new ownership is looking to change that with a community feel.

The FireWolves logo is cleanly designed and contains:

The wolf looks like a mythical being that could be found in a fantasy sci-fi series like Lord of the Rings, Avatar or Harry Potter.

At first, the new name and logo make you take a step back, but after a couple of seconds, the new team identity is actually really nice and makes a lot of sense from a historical perspective. The logo pays tribute to the old Albany Attack, New England Black Wolves, and the Native American roots of lacrosse.

Other pieces to the FireWolves puzzle still need to be solved, like their mascot, and most importantly, the roster. Still, the newly located franchise looks to be cooking something exciting for lacrosse fans in Albany.