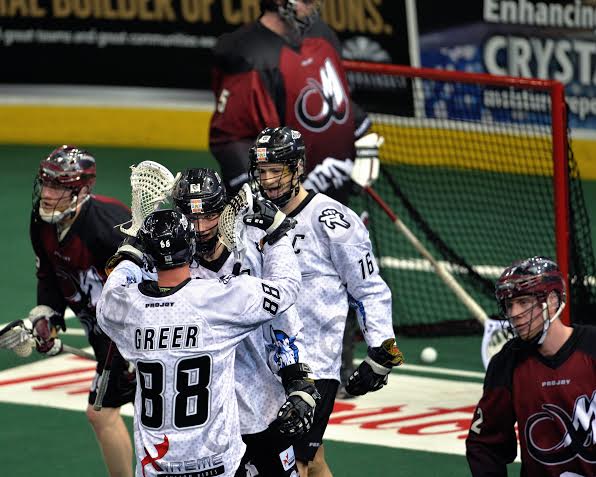 The Edmonton Rush set an NLL record for consecutive wins in 2014 en route to winning the West Division in the regular season. Unfortunately, their storybook season came to an abrupt end in the playoffs when the Calgary Roughnecks took them out in the Division Finals. So how do they improve on so much success and get back to the Champion’s Cup?

Even before they’ve started the draft, the second-best offense in the league should get even better with the return of Corey Small. The righty forward missed the 2014 campaign with a knee injury but had a strong summer playing for the Victoria Shamrocks and should give them more weapons on that side of the floor than any other team in the NLL.

Over the summer, the Rush made a trade that sent backup goaltender Brodie MacDonald in exchange for Minnesota Swarm netminder Tyler Carlson and the Swarm’s first pick overall. That gives the Rush two first-round picks and the opportunity to load up on even more young talent to go along with Rookie of the Year candidate Robert Church (52 PTS) and second-year stars Mark Matthews (78 PTS) and Curtis Knight (72 PTS) who finished 1-2 in scoring for Edmonton.

A distinct possibility in my opinion, is that the Rush use that first pick overall to take forward Miles Thompson, co-winner of the Tewarraten Trophy for college lacrosse MVP in 2014 with his brother Lyle. Thompson is also the brother of Rush transition Jeremy Thompson, which makes the fit look good to me.

Bue even if they go another direction with that first pick, they’ll be adding more depth to an already strong unit. Moreover, if they use those two first rounders to bolster the transition or defensive game, they’ll take what is already the stingiest defense in the NLL and make it even better.