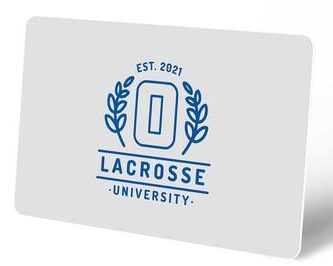 Those were the repetitive themes over the nearly 40 sessions that made up Ontario Lacrosse University last weekend. Hosted as a series of Zoom calls open for free to OLA members, or to the public for $25, the online conference filled the void of the cancelled OLA meetings and annual LaxCon with a virtual Ted Conference with lacrosse vibes.

Admittedly, I originally approached the weekend as “something to do,” but as I began browsing the schedule and line up of speakers, I found myself registering for nearly two thirds of the offered webinars. The registration process itself was simple and provided email and calendar app reminders for upcoming sessions. A click of a link in the email provided a simple transition between talks, all without leaving the couch.

It was a privilege to listen to experts discuss their area of expertise: Paul Day, Ed Comeau and Bruce Codd discussing coaching, Brian Lemon and Ian Garrison talking officials, and Colleen Grimes, Tari Kandemiri, Krista Swanson, Charlie Ragusa and Tyson Geick talking social media and content production, among many other presenters and topics.

Any lacrosse talk at this point would be exciting. However, to hear Brian DeWagner explain how he built the Janie Lax program in Sarnia was not just exciting, but inspiring. If you have yet to hear about this program, check out @thisisjanielax on Instagram. You will learn the story of one individual and his wife who strived to get sticks in the hands of young girls, some wearing shorts and eye black, some wearing tutus and fairy wings. All simply playing the game for the joy of playing. Oh, and how that program grew to include 40 NCAA schools.

The emotions of the weekend varied, often hour to hour. One talk could focus on use of proper language to be inclusive of LGBTQ or indigenous communities and the very next would showcase young girls learning the sport. Some had listeners laughing at the panelists’ banter or given subjects (shout out Neil McDonald). And then there were the eye-opening, in your face realities of the parents role in the sport. Brian Barlow, creator of Offside, and Glen Mulcahy, coaching mentor with Paradigm Sports, described the parents roles in keeping kids playing sports. Spoiler alert: focusing on fun as opposed to winning dominated both conversations.

Dana Dobbie provided the keynote talk on Sunday afternoon chronicling her journey from playing on a boys box lacrosse team in Fergus, Ontario to wearing red and white with Team Canada in women’s field. Taking time out of her day shooting promos for Gait Lacrosse, Dobbie answered questions from the assembled audience and two younger female moderators. It was a unique look into what it takes to become an athlete at the highest level and no doubt inspired many young women on the call.

Two round table discussions had social media buzzing. The first focused on effective communication between players, coaches and officials. Ian Garrison chaired the panel featuring Cody Jamieson speaking from the player perspective, Mike Accursi for the coaches and Mark Gardonio taking us inside the conversations and dynamics between these three roles on the lacrosse floor.  It was a unique and candid look at how each role approaches the other when discussing the rules in the heat of a game situation.

Each session throughout the weekend lasted one hour. Every session, that is, except one: the final session of the weekend – a panel titled “Old Time Lacrosse”, which was chaired by Rad Joseph and featured legends Tim Barrie, John Grant Sr., Bobby Allan and Brian Shanahan – passed the two and half hour mark. I felt like I had snuck through the back door of a club I had no business being a part of. I wasn’t sure how I was sitting listening to these men share their history, but I was happy and thankful I was. The assembled royalty spoke on their memories of the sport, what the game looked like during their playing days, and, of course, a few jabs thrust across the Zoom screens. Even after over 20 hours of lacrosse talk over the previous four days, those two and a half seemed too short.

For those who missed out, or anyone wanting to relive their favourite talks, sessions have already been archived at ontariolacrosseuniversity.com. That is also where you can find more information on the entire roster of speakers from the weekend, or pick up OLAU merch.

Credit needs to be given to the OLA for hosting this event. I, for one, hope this was not a one-time event.

A public thank you to Jeramie Bailey and Colleen Grimes who worked tirelessly behind the scenes throughout the weekend, along with their team. The speakers and moderators, thank you for your time. If only for one short weekend, it was good to talk about lacrosse.

After the year we’ve had without lacrosse, it was fun to hear about the game, and inspiring to see how those who are best at it are working to grow it.