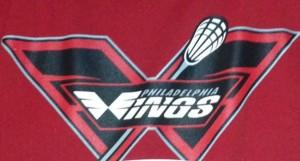 The Philadelphia Wings of the National Lacrosse League (NLL), for the first time in the 27-year history of the team, are now completely locally owned and operated.  A local ownership group has acquired majority interest from the MILL Group, whose primary owners were Chris and Russ Cline, long time proprietors in the league.

Local owners include former Wing star and current Team President Michael French, Brad Brewster and Ted Goldthorpe.  With the organization’s shift to the local ownership group, the team will remain centered in the Philadelphia community and challenge for an NLL record seventh title in the 2014 season.

Original Wings owners, Chris and Russ Cline were among the founders of the league have been involved with the organization since its inception in 1987 and were an integral part in growing and developing the NLL as well as the sport of indoor lacrosse in the United States over the past 27 years.

“We are excited for what the opportunity for the organization to be locally owned and managed will mean to our fans and the community,” said Team President Michael French. “We appreciate all the work Chris and Russ put in to help grow the Wings organization, and understand their desire to dedicate more time to their growing families in Kansas City.”

French’s career with the Wings began in 1987 as a player, when he led the league in goals during its inaugural season.  The following season, he was named general manager; during his time in that position, French oversaw three championships seasons in seven years.  In 1994, his first and only season as head coach, French guided the team to 6-2 record, concluding in a league championship. French’s role as owner commenced in 1998, when he joined the partnership group and now holds majority ownership in the Wings organization.

Brewster, an attorney with the Princeton Public Affairs Group in Trenton, N.J. and WashingtonD.C., is a graduate of UrsinusCollege where he played football and is an inductee to the Sports Hall of Fame.  He currently resides locally and has been active in coaching and mentoring youth lacrosse for many years. Brewster became an owner of the Philadelphia Wings in early 2011 and has a focus in growing the Wings charitable foundations and business contacts.

Ted Goldthorpe became an owner of the Philadelphia Wings in early 2011.  His career has been spent in the Financial Service industry in various different roles. He currently is the Chairman of the Young Fellows with the Duke of Edinburgh’s Award and serves on the Global Advisory Board for the Queen’s School of Business.