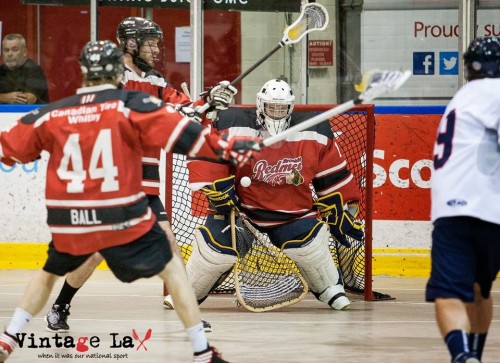 It was reported on Saturday night by Scott Arnold from IL Indoor and ExtraPtbo that the Brooklin Redmen of Major Series Lacrosse would be folding.

Hearing from a legit source that the @Brooklin_Redmen will not be returning for the 2016 @MajorSeriesLacr season. Stayed tuned for details

Team president Dean Link spoke out today about the report after the team’s Twitter account denied it on Saturday. The Redmen struggled in 2015, finishing with the second worst record in the league.

As a community owned and volunteer run team, we don’t have an individual owner who could simply choose to fold the team so this assertion just doesn’t make any sense.

Jim Brady is aware of this situation and is taking it seriously. A nuisance rumour is one thing, but something like this has the potential for negative consequences when the Redmen are reaching out to our sponsors for their support for the 2016 season.

In the last few weeks we have been working on adding sponsors, putting together articles and events to commemorate the 50th Anniversary of the Redmen next season, preparing for our fall AGM etc.. There has been nothing else in the works, other than preparing for the 2016 season.