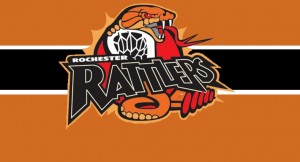 In MLL news today the Ohio Machine traded Rob Rotanz and a fourth round pick to the Rochester Rattlers in exchange for two second round picks in next year’s draft. Rotanz was the 8th overall selection in this year’s draft by the Machine after a successful four year career at Duke. He has only played in two games this season, scoring one goal.

Rochester currently sits in 5th place in the league, only one spot out of the playoffs. They are making a push for the end of the season to make it in, so adding a solid midfielder to the corps is a great move. The Machine are building towards the future, so although they did give up a rookie it is for the change to pick up two more come next year’s draft.

This trade is the second the Rattlers have made in the past few weeks, the other being with the Boston Cannons for Brad Ross. The Rattlers next game is on July 6th against the red hot Long Island Lizards.