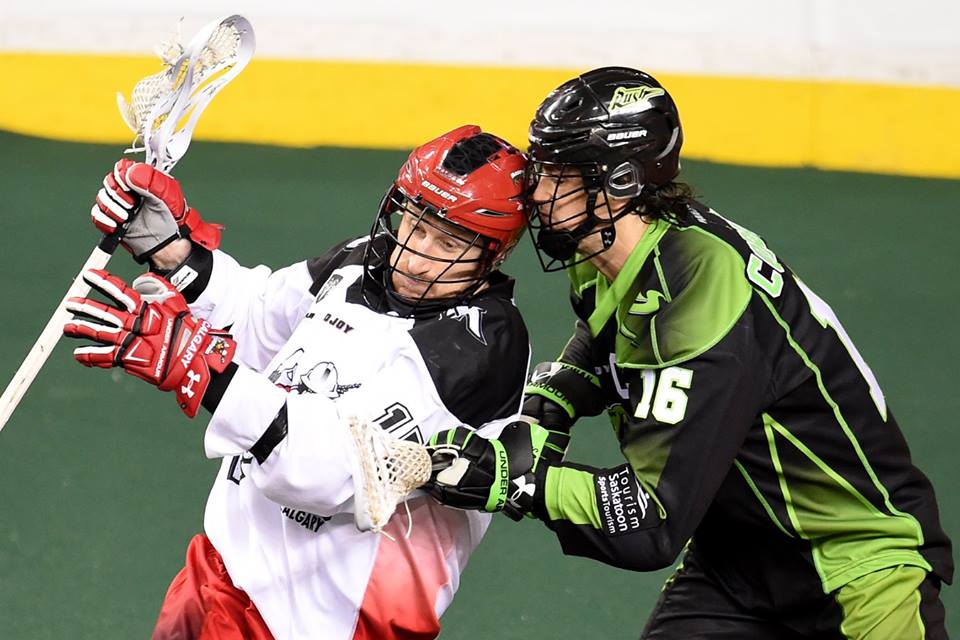 The Calgary Roughnecks (8-10) take on the Saskatchewan Rush (13-5) tonight in the Scotiabank Saddledome in Game 1 of the NLL West Division Finals.  This is the third year in a row that this matchup determines the West champion, with the teams splitting the previous two series.

Saskatchewan has to be considered the favourite in this series by a pretty wide margin. They tied with the Buffalo Bandits for the best regular season record this year and along the way they went 4-0 against the Roughnecks.

It’s hard to count the Roughnecks out, however. They’ve gone toe-to-toe with the Rush in the playoffs in both of the last two seasons and outlasted the Colorado Mammoth last weekend to survive the first round of the playoffs—they have made a habit of coming up big when the stakes are the highest in recent times.

Still, pound-for-pound, the Rush should have the advantage. In Mark Matthews (109 points), Curtis Knight (42 PTS in 15 games), Robert Church (86 PTS), Ben McIntosh (62 PTS) and Zack Greer (70 PTS), they have one of the most balanced offences in the NLL, one where five different players can hurt you on any given night.

Their defense gave up 12 fewer goals than the next best team—almost a goal per game. Their crew features three of the top 10 loose ball collectors—Jeremy Thompson (174), Kyle Rubisch (133), and Chris Corbeil (121)—and three of the league’s top four in forced turnovers—Ryan Dilks (51), Rubisch (36), and Brett Mydske (32).

If the Roughnecks can get past the Rush defenders, they still have to solve Aaron Bold, who led all goaltenders this year in minutes played (1,042:14) and goals against average (10.30).

Calgary’s starting netminder, Mike Poulin, actually had a better save percentage (.778) than Bold, but faced quite a few more shots per game. Calgary’s defense has a number of decent players, including Dan McRae (104 LB, 22 FT) and Karsen Leung (81 LB, 22 FT), but they simply aren’t in the same class as Saskatchewan, who collected 129 more loosies as a team in 2016 as Calgary.

Calgary’s offense is led by Curtis Dickson, who was second in the NLL in goals during the regular season (61) and who dominated last weekend’s tilt against the Mammoth by posting a nine-point night (5 G, 4 A). Jeff Shattler (87 PTS) had the best offensive year of his career this season and Wes Berg (67 PTS) was right near the top of the rookie class in scoring all year long.

The Roughnecks usually give the Rush a good game, but let’s face it, folks, this series shouldn’t be close. The Rush are the defending league champions and look every bit as good now as they did at this time last year. Expect a hard-fought battle tonight, but look for the Rush to win by a couple goals.