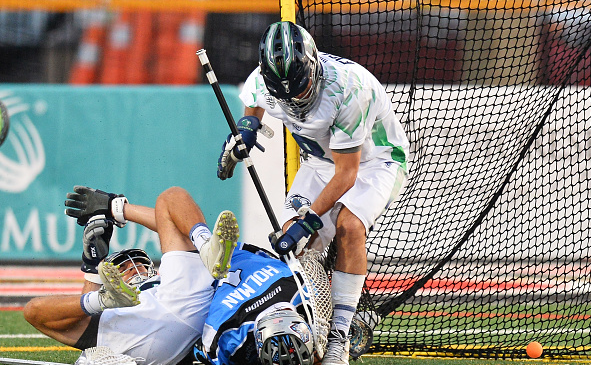 Before the MLL season started, the league lost several of its best players due to retirement. Gone were Ryan Boyle, Stephen Berger, and Lee Zink. Therefore it left a void in the MLL for new stars to rise and make themselves known across the league, not only to the players they played against but also the fans who saw them play.

Several young players established themselves as bonafide studs in 2014 such as Rochester Rattlers attackman Jordan Wolf and Florida Cannons attackman Kieran McArdle. There was also the influx of new talent such as the much anticipated debut of Lyle Thompson in 2015.

However, with the 2015 season over, here is a look at some of the lesser known players who surprised everyone and became names that everyone will know heading into next season.

This list has to start with the man who won the 2015 MLL Most Improved Player of the Year award. Emala was nothing more than a fringe roster player in Charlotte in 2014 as he played in three games but recorded no significant statistics for the Hounds. That all changed in 2015 as the Cannons drafted Emala in the 2015 Supplemental Draft as the 12th overall selection.

Emala blew up with the Cannons as he recorded 38 points, which ranked him second on the team behind fellow linemate Will Manny. Emala also gave the Cannons a true second option next to Manny and helped the team replace some of the production lost from the trade of superstar midfielder Paul Rabil.

Emala and Manny are a fantastic foundation for the Cannons to build upon on the offensive end heading into next season as they try get back to the playoffs.

Bocklet came out of nowhere to become the Outlaws best player. He never played in a MLL game despite being drafted by the Long Island Lizards back in 2008. Regardless, he led the Outlaws with 48 points this season while also scooping up 15 ground balls.

The Outlaws offense continues to be one of the league’s better units as it has been for the past several seasons and Mike should be the No. 1 guy on the team next year.

Fiorito has always had the talent to be a great goaltender in the MLL, however, he never had the opportunity to spend a full season in cage as he has spent his entire career backing up Kip Turner who led to Chesapeake Bayhawks to a couple of MLL Titles.

However, that all changed this season as Fiorito became the main man in cage and had a breakout season. Fiorito led the league in saves  (255) and save percentage (.606)! Sure, the Bayhawks went 6-8 this season but it was not Fiorito’s fault.

Fiorito will get another full season under his belt next year and if he can replicate the season he had this year, he will fight with Drew Adams of the New York Lizards and John Galloway of the Rochester Rattlers for the title of the best goalie in the MLL.

It is tough to call a guy  as talented as Joe Fletcher a breakout star, especially when he was drafted third overall in the 2014 MLL Draft but he had an incredible year for the New York Lizards on the way to helping the team win the MLL title this past summer. However, this season Fletcher stepped up after the Lizards traded Brian Karalunas to the Ohio Machine.

In 2015, Fletcher blossomed into the team’s top defenseman and was regularly placed on the opposing team’s best player. He may not be the guy who is characterized as a takeaway defenseman but sometimes you don’t need to be putting the ball on the ground to be considered a shutdown guy, you just can’t be beat.

This season, Fletcher had two points and scooped up 60 ground balls in 14 games. Considering he recorded 35 ground balls in 11 games in his rookie season, that is a considerable jump in production. Fletcher was named the 2015 MLL Defensive Player of the Year and will be a cornerstone on the defensive end for the Lizards for a long time.

The man who finished second in the MLL Defensive Player of the Year voting by two points had a remarkable season in 2015. In his third season with the Cannons, the former Loyola Greyhound had his best season ever and as a result, was named to the MLL’s All Pro team for the first time in his career.

Considering Ratliff combined to have 64 ground balls and seven points combined in his first two season, Ratliff certainly deserves to be on this list.