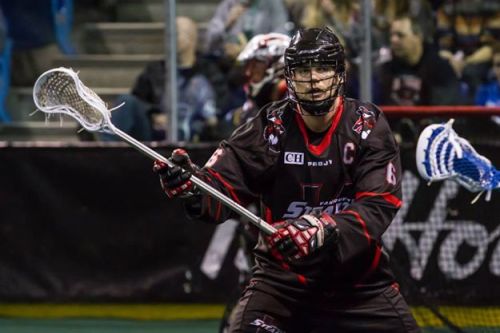 The Vancouver Stealth are hoping an injection of new talent, both on and off the floor, will be able to improve their team dramatically. The team has added several free agents while retaining their core group of players. They now have one of the deeper rosters in the league, a breakaway from the talent level in the previous two years. On Tuesday, general manager Doug Locker also announced the hiring of two Eastern-based scouts including the Stealth’s new Head Scout, Patrick McCready. The other scout added to the staff is Six Nations Junior A Arrows general manager Jake Henhawk, coming off back-to-back Minto Cup championships.

With the NLL Draft quickly approaching, Vancouver has more chances to add to their talent level. Locker has largely preferred to draft players from BC in order to cut down on costs and market a hometown contingent to the fanbase. With Henhawk and McCready coming aboard, there may be an added emphasis on scouting and drafting Ontario players in the draft. Although they don’t hold their No. 2 overall pick because of the Johnny Powless and subsequent Logan Schuss trades, they have four picks in a 14-selection span, from 19 to 33.

Keeping that in mind, as well as looking at a pretty full roster of players, the Stealth have afforded themselves the ability to be creative. Although they have drafted heavily from BC, Locker and the Stealth staff could look for guys who have the ability to add something to the organization beyond this season.

It never hurts to have too much defensive depth, especially with the way that unit has played over the last two seasons. Vancouver’s defensive and goaltending struggles have been well documented, but they have upgraded in both situations.

Armed with a bevy picks in the middle rounds, the Stealth could package a couple of those in an attempt to move up. With the glut of offensive talent in this draft, you could see some intriguing prospects fall. One guy the Stealth should be looking at in that mold is Riley Quinlan, who has most recently played for Ontario Sr. B Ennismore James Gang. He’s a big, tough defender who needs to work a little bit on getting adjusted to the top level, but would be a solid addition for the Stealth.

Justin Goodwin is a hometown player the Stealth will surely have their eyes on, and they may not have to move up for him. Goodwin is as steady as they come on defence, is positionally sound and can play on the second defensive unit without a problem. He’s the son of the WLA New Westminster head coach Steve Goodwin and brother of Buffalo Bandit Brandon Goodwin and has been a force defensively at every level in which he’s played.

Other local options include Jeremy Roe, the brother of Calgary Roughnecks’ Tyson Roe, Max Cullen and Michael Seidel, who played for WLA Langley this summer.

Cliff Smith has provided great experience up front for the lefties in the Stealth offence and can chip in offensively while working hard off the ball. He had 25 points behind eight goals in 17 games last season, and while Schuss and Corey Small can keep producing on their own, Vancouver could look at add a lefty to give them a different look on some nights. It’s also about providing insurance should Schuss or Small go down at any point of the season. Travis Cornwall is an option as well, but he’s better suited in the transition game and hasn’t produced enough previously to be a legitimate option on offence long-term.

I previously mentioned former Whitby Warrior Michael McDonald is a possibility for the Stealth to look at as a project to take on. He filled the net for Princeton in the NCAA and was instrumental in Whitby’s Mann Cup win in New Westminster a few years ago.

Six Nations’ Jordan Durston would be a fantastic addition. He had 47 goals in 38 games this summer en route to a Minto Cup victory of his own. He’s a shorter but bulkier player who can play in traffic and has the vision to be a multi-dimensional part of the offence. He’s been a proven goal scorer all throughout his junior career and if he’s paired with the right players he could continue to do so in the NLL. Henhawk also has some familiarity with Durston, which may be key if he falls to the Stealth.

Brandon Bull and Chris Nasato would both bring size to the Stealth lineup alongside experience and goal scoring. Bull spent this season with the Coquitlam Adanacs in the WLA while Nasato graduated junior with New Westminster this season.

While the Stealth have three young, capable goaltenders in Eric Penney, Cody Hagedorn and Adam Shute, there are some intriguing options later in the draft for the Stealth to take advantage and nurture into a potential starter down the road.

The most intriguing option is newly declared Christian Del Bianco, an 18-year-old goaltender who was one of the top junior goalies in the country despite still being an Intermediate player. He split time with Coquitlam’s Inter and Junior A clubs and dominated the statlines in both leagues. In addition to being named the Top Goaltender in the BCILL, Del Bianco lead the Junior A circuit in save percentage (.856) and goals against average (5.91). His addition to the draft makes him arguably the top goaltender available and certainly the Stealth would feel comfortable adding him and letting him continue developing in a situation where he wouldn’t be pressed into immediate action.

Another BC product is this year’s Top Goaltender in the BCJALL, Victoria’s Charles Claxton. He’s a bit undersized, but has great mobility and would be another option should the Stealth decide to go that route, likely later in the draft. Claxton finished behind Del Bianco in save percentage and goals against average but had two more wins, finishing with a 12-4 record in 19 games.