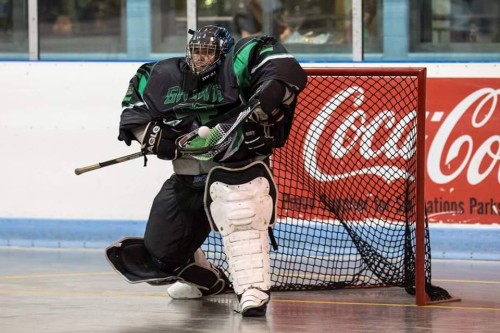 The Georgia Swarm announced on Friday that they had signed goalie Grant Crawley to a one year contract. Crawley last played in NLL in 2008 for the Rochester Knighthawks. His career stats are 16.36 goals against and a .471 save percentage in 18 games. Although his NLL stats are relatively lacklustre the Brampton, ON native has spent the last number of years playing Senior A in the summers and in CLax during the winters. While playing CLax Crawley played for the Southwest Cyclops and the Niagara Lockmonsters.

By signing the 30 year goalie the Swarm may be admitting that going for the younger and younger players is not necessarily the best plan of attack. Although signing Crawley is not going to fix many of the issues the Swarm have had over the last few seasons, it may give the team a stop gap until one of the big name goalies in the NLL goes on the market. A player like Nick Rose or possibly Anthony Cosmo would increase the Swarm’s goaltending 10-fold.