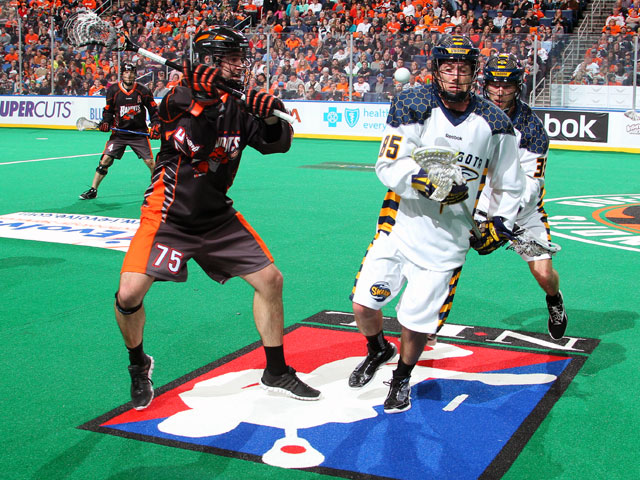 The Swarm have left Minnesota and are now in Atlanta, GA. The Swarm will be trying to start over in the ATL, and they should be trying to make a splash for their new fans. The biggest concerns for the Swarm this offseason will need to be bolstering their defense, goaltending and adding consistent depth to their offense.

Starting with the offensive side of the floor, the Swarm need to find at least two to three players to reinforce the group. They have a great first group of young forwards with Lyle Thompson, Kiel Matisz, and Shayne Jackson, along with Jordan MacIntosh and Johnny Powless add some experience and maturity. Unfortunately the Swarm start to fall off after that first group, the only names at the moment that really spark any interest are Corbyn Tao, Joe Maracle, and Shane MacDonald. Tao played 17 games last season and had 22 points (11g, 11a), MacDonald played in 11 games while gaining 11 points (6g, 7a), and Maracle played in 3 games and accrued 4 points (3g, 1a).

The Swarm will also need to replace the scoring factors of Callum Crawford, who signed with Colorado, Logan Schuss, who was traded to Vancouver for Powless, and Andrew Suitor who was traded to New England for Joel White and a draft pick. Total the Swarm lost 100 points, they did add Powless and White the two trades and so gained some points back in theory. The big question will be to get at least one player to replace Crawford who buoyed the offense over the last few seasons.

Players that could be on the Swarm’s radar, or at least should be prior to the Draft, are Jerome Thompson and Kevin Crowley. Both played a few games last season, with Thompson racking up 13 games and 24 points (10g, 14a). Thompson and Crowley are free agents at the moment but both have huge upsides. Other players that may be on the edges of a Forwards list would be Athan Ianucci and maybe Garrett Billings. Both could definitely bolster or change the Swarm’s offense.

On to the goaltending quagmire that moved to Georgia with the Swarm. The roster goalies at the moment are Zach Higgins and Brodie MacDonald. MacDonald was acquired prior to last season in a trade with the now Saskatchewan Rush that sent Tyler Carlson to the tundra. MacDonald was billed as the new long term starter for the Swarm, unfortunately he was chased from a number of games early in the season and never really got the mojo back. Zach Higgins, who has been the back up for a few season, came on in 2015 and showed that with an adequate defense he could be a good backstop for the Swarm.

If the Swarm want to compete for the playoffs this season they will need to look at either getting their roster goalies to play up to snuff or find a veteran that could bridge the gap tell either Higgins or MacDonald are ready to take the reins. The Swarm could look to trade for a goalie, and if that is the way they wish to go there are some options they could look at. Nick Rose may be an option, Dillon Ward, if the Mammoth believe in Alex Buque,  may be another option. Both will be fights for starting jobs that could see them losing. If the Swarm want to try and find a free agent they may want to just try for the draft. Although they may find an Evan Kirk, who was traded away by the Swarm only a few seasons ago, a possible stop gap.

At defense the Swarm really just need reinforcing, although they have started that process. The Swarm recently signed Mitch Belisle, Alex Crepinsek, and Josh Gillam. The defense also includes Jason Noble, Mike Grimes, and a slew of young defensemen that could make the team this season.

The team could look at gaining defensemen through both the draft and the free agency market. If they go to the market they could look at signing Andrew McBride or Nik Bilic. Both add a depth to the defense core that will definitely help to protect whatever goalie is in net for the Swarm.

The Swarm are in a tough spot at the moment, they will want to make changes to the team and to make a splash for their new fans in Atlanta. They will also need to have a better showing for those new fans than they had at the end of their time in Minnesota.