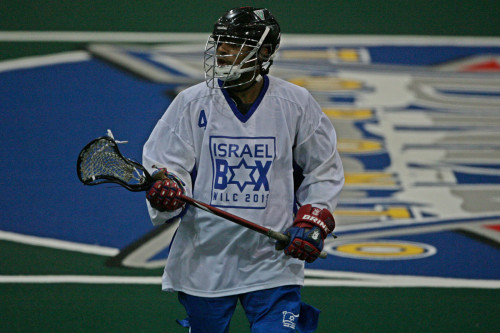 Israel will face Serbia in WILC action to open up their tournaments. This will be Israel’s second world games in men’s lacrosse but its first in the indoor game. Last summer at the field games in Denver, Israel was very good in their first world games placing in the top eight as one of the surprise teams. For Serbia, they will be playing in their first world box games as well but were not at the field games last year. Both of the teams are both very talented for newer programs.

For Israel, Chad Culp of the Buffalo Bandits and Peterborough Lakers should be the team’s top forward and has years of the box game under his belt to help lead some that will be newer to the game.  This team also has former Philadelphia Wings player Dan Deckelbaum and Boston Rockhopper Mike Stone. Former MLL players Casey Cittadino, who was one of the top defensive middies around, and his high school teammate from Baldwin, NY Adam Crystal will join him at the defensive end.

They will be in front of goalie Zach Higgins who is the starting goalie for the Georgia Swarm. Some other players to keep an eye out for are Chase Clark, a former Colorado Mesa star who has played out in Prague’s famous box tournament before, along with Noah Miller who did great job in Denver last summer with the Outlaws of MLL.

For Serbia they will be led by Illija Gajic of the Vancouver Stealth along with his brother Alex and Nik Bilic of the Edmonton Rush and Langley Thunder.  Serbia played back in April in Germany having a good showing and has been very eager to show the lacrosse world what they are about. In net they will have Marko Cellic who has grown up playing in the Burlington, Ontario area and has been playing Senior B for the past five summers.  Ryan Ferizovic is also a very experienced box player growing up playing the game in Canada and also played Senior B out of the Can-Am league.  Stu Sterparn is a huge part of this team as a player-coach and putting Serbia lacrosse on the map.

This game between both these teams will be a good one. Both are looking to showcase their talents as well as the growth of lacrosse. It should be one lacrosse fans go and watch to see what the WILC is all about.