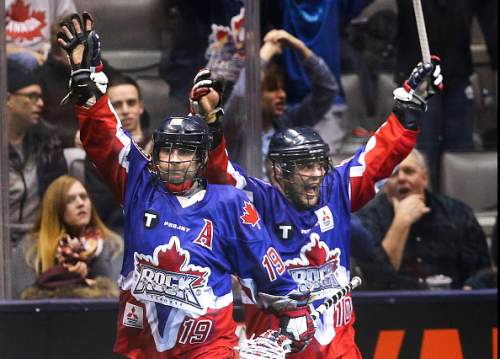 Toronto Rock Owner, President and GM Jamie Dawick has announced the signing of Head Coach John Lovell to a 2-year contract extension that will run through the 2017 NLL season. Lovell will enter his 3rd season as the Head Coach of the Toronto Rock in 2016.

“John has been here since I bought the team,” said Dawick. “I’m familiar with what he’s about and who he is. He’s done a great job as head coach in his first two years. I feel confident in rewarding him with a new 2-year deal and he’s the head coach of this team going forward as we pursue our goal of winning another championship.”

Last season, Lovell guided the Rock to their best regular season win total in franchise history, finishing atop the overall league standings with a 14-4 record. The team also won their way to the NLL Champion’s Cup final for the 9th time in 17 seasons as the Rock. While the team came up short in the best-of-3 Champion’s Cup final series against the Edmonton Rush, Lovell is excited about the opportunity to take care of some unfinished business.

“I am really happy to be back,” said Lovell. “I enjoy the organization and everyone around it. Jamie is a great person to work for and I love the staff. We still have a pretty good team and there’s some unfinished business after losing in the final last season.

“I like the makeup of this team, we are solid in every area. We have two number one goaltenders, our defence made great strides last season and we need to continue to make improvements. Repeating the offensive production is also something we need to do to have success.”

“As a coach you are always trying to get better and make better decisions,” explained Lovell. “I think I learned a lot in my first year. Last year, the buy-in from the guys was like something I’d never been around before. We had strong motivation, strong messages and that buy-in led to the success we had. We need that kind of buy-in again, realizing it is team first. Every game is a battle in this league and we have to be prepared.”

The preparations for the 2016 NLL season will officially begin with the NLL Draft on Monday, September 27th at the Toronto Rock Athletic Centre (TRAC) in Oakville. Currently, the Rock do not have a first round pick, but do hold the first pick in the second round, 10th overall. This year’s NLL Draft promises to be one of the deepest in league history and as a result, training camps will be more competitive than ever. Rock training camp will open on Saturday, November 28th at the TRAC.