The next two teams in our 2018 preview are both founding members of Major League Lacrosse and rivals that found themselves not making the playoffs last season: of course, the New York Lizards and the Chesapeake Bayhawks, two teams that no one seems to want to leave once they make the roster. These proud franchises eerily mirror each other in more than just their history and win/loss record from last season. The Lizards scored 183 goals (with 10 2-point goals) and allowed 198 goals (four of them 2-point goals) while the Bayhawks scored 211 goals (nine 2-point goals) and allowed 206 goals (only one 2-point goal).

Head coach and general manager Joe Spallina has found success at every level of lacrosse he has touched from the college playing days, youth level coaching, college coaching and on the MLL level. His approach and demeanor create a culture in which players feel empowered and familial. 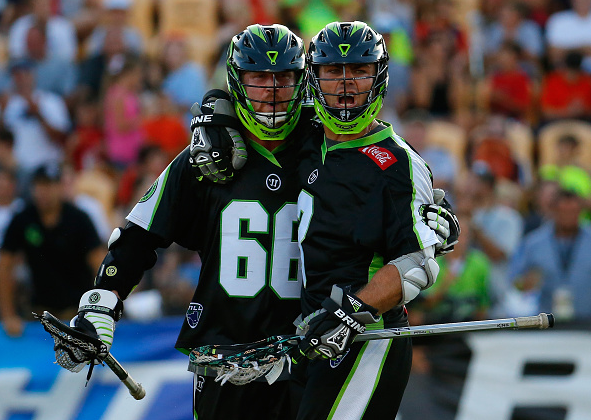 The Lizards have no issues in cage with Drew Adams as the starter and perhaps one of the best goalies in the league. The defense has taken an unfair amount of criticism in the past few years but possess some incredible athletes like Kyle Hartzell, Ryan Flanagan and Joe Fletcher.  he Lizards traded for Matt Landis and strengthened the position through the supplemental and collegiate drafts as well as hiring the legendary Brian Dougherty as their defensive coordinator, so look for a much stingier defense from New York this season.

The Lizards led the league in face off percentage and that is necessary to get the ball to their star filled offense. With Greg Gurenlian’s retirement in the off-season, New York traded for Brendan Fowler, a fellow Face Off Academy coach, to address the hole left by The Beast’s absence. Veteran Jerry Ragonese will provide depth at the position.

Perhaps no offense in the league possesses more star and firepower than the Lizards. Rob Pannell, Paul Rabil, Will Manny, JoJo Marasco and Joe Walters are enough to give any defense a headache by themselves. If Fowler and Ragonese emulate Gurenlian’s success and the offense develops the chemistry that they lacked at times last season, the Lizards are a potent and dangerous team that finds themselves back in the playoffs.

General Manager Dave Cottle returns to the sidelines as the Bayhawks’ head coach and announced hiring of Bob Shillinglaw, legendary Delaware leader, as an assistant coach. Cottle led the Bayhawks to back-to-back championships and his presence and reputation as a player’s coach definitely makes the Bayhawks a better team.

Goalie is a deep position for Chesapeake with Brian Phipps and Niko Amato. The defense loses the incredible Mike Evans to retirement, but Jesse Bernhardt has steadily been making a name for himself as an emerging defensive star. Bernhardt has some solid veterans like Will Koshansky and the ever dangerous transition CJ Costabile.

Drafting Ben Williams, the Syracuse face off specialist, and Stephan Kelly, the UNC face off specialist, helped the Bayhawks address an area that plagued them for years and made them competitive at the X. If these two young players can adapt to the professional game, the offense is stacked with capable and talented players.

The offense features the freakishly good Myles Jones, Colin Heacock, Ryan Tucker, Matt Abbott, Matt Danowski, and Rookie of the Year Jake Froccaro. Lyle Thompson is also on the roster, but like many indoor players, there is concern over his availability due to indoor commitments as well as the world championships as part of the Iroquois Nationals. Like the Lizards, the Bayhawks are loaded with talent and legitimate stars and Cottle has a proven record of managing talent, balancing the roster and winning championships. Look for the Bayhawks to improve over last season and make a return to championship play with their new and old coaches.