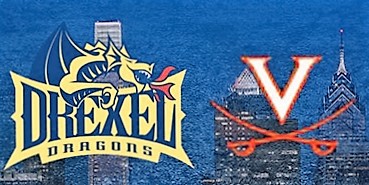 Today at 1pm from Vidas Field in Philadelphia, the Drexel Dragons will open up their 2016 regular season as they host the #14 ranked University of Virginia (0-1).  UVA fell in their opener 11-4 to Loyola even though they outshot them 40-33.

This will be the 16th time these teams have met, with Virginia holding a 14-1 advantage.  The Dragon only victory came back in 2007 when they won 11-10 after Colin Amber’s 2 goals in the final seconds.  Last year UVA defeated Drexel 14-10 in Charlottesville.

Drexel finished 7-8 last season (3-2 in conference) and will look to improve on that this season.  Drexel does return a number of key players this season.  Cole Shafer’s scored 29 goals during his sophomore campaign last season, and along side of him will be Robert Frazee who tallied 17 goals.

The midfielders, Jules Raucci, Mason Pynn and Michael Kay are experienced and will look to improve their play from last season.

In goal, Jimmy Joe Granito was put into action early and took over the duties between the pipes and compiled a 7-4 record for the Dragons.

No doubt both coaches, Dom Starsia for Virginia and Brian Voelker for Drexel will have their teams ready.

The other day I had the privilege to talk with Drexel Assistant Coach Chris Collins and asked him a few questions about this years squad.

(CC)..This team has 13 seniors combined with some very talented underclassmen and rookies.  Expect this team to be balanced in production on both ends.  Offense led by Cole Shafer, and Defense led by 3 returning close defenders and goaltender Jimmy Joe Granito.  No surprises there.

(CC)..Most improved returner, California native, midfielder Michael Kay.  Kay will run with the first midfield, has a great shot, and if we are going to be good, Michael needs to play big.

(CC)..You cant replace a draw guy like Nick Saputo, he had the energy and passion on the field and as a teammate off the field like Geoff Snider.  He will be missed!  To step in is a rotation of draw guys, Junior Nabil Akl who was Team Turkey‘s face off guy in this past Septembers WILC, and 2 freshman Julian Espina and Kyle Paul.

(RG)..Overall UVA is 14-1 vs Drexel, three of last four decided by a goal.  What needs to be done to get on the other side of that 1 goal victory?

(CC)..Can really argue the facts here, UVA has owned this match up.  They are the program we strive to be.  To beat them like any high level playoff team, you need to play fast, bury gimme’s and play smart on the D end.  In the past we have had some metal errors in regard to turnovers on O, and off ball mistakes on D.  When you play a team like UVA they are always at mid season form even if it is only February.  Thats elite level lacrosse for you.

(CC)..UVA is very talented on O, and they had plenty of scoring opportunities.  Credit to the Loyola goaltender, he played outstanding last week.  He posted double digit saves, and didnt have any soft goals given up.  Thats the type of effort you need in the pipes.

(RG)..How has the recent success of past graduates, Ben McIntosh and Robert Church in the professional game helped Drexels program?
(CC)..Dragon Success… it has been outstanding.  NLL and MLL combined.  NLL guys, Church and Ben Mac in Sask, Garrett Mac in Calgary, and Mitch Desnoo now in Buffalo, and MLL Guys All star Dana Wilber in Ohio , and Ryan Belka drafted to the Bayhawks.  Pro Success is a huge part of our program.  Continuing to rep Drexel in every NLL and MLL city is great exposure for Drexel and our program.  I love those guys and am so very proud of their commitment to their game at the highest level!

Thank You Coach Collins for taking the time to give us some insight on this years squad and the outlook for the 2016 season.