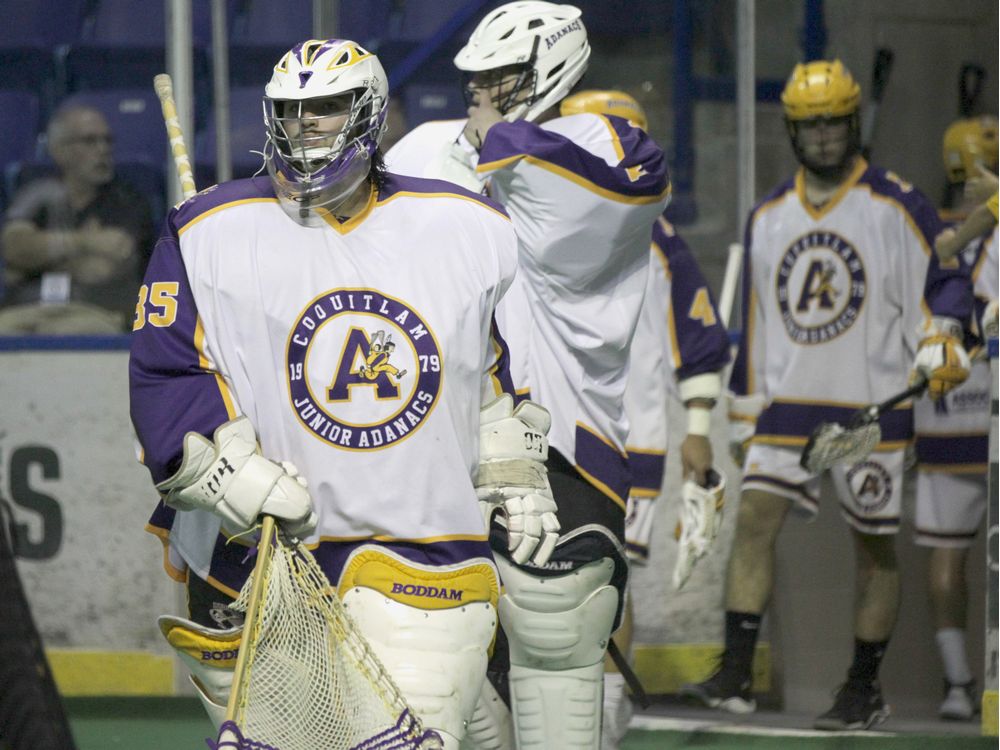 For the first time since 2005, both of Canada’s most prized lacrosse trophies reside on the west coast.

The Coquitlam Adanacs won their first Minto Cup since 2010, but it took an extra 10 minutes to put away a resilient Orangeville Northmen in five games. A monstrous Christian Del Bianco save with minutes on the clock preserved a 6-5 victory for the A’s, after trade acquisition Dereck Downs scored at 6:28 of the overtime period.

It finally put away a pesky Orangeville team that seemed destined to punch above their weight one more time and steal an upset all the way back to Ontario. At various times throughout the series it seemed like the Northmen were behind the eight ball, but their continued battle gave them legitimacy to anyone that had any doubts.

Whether it was a big save by Nolan Clayton or another clutch point from Adam Charalambides, Orangeville were consistently up to the task.

Coquitlam took the lead four different times in Game 5, with the black and silver running out of time to answer back one more time.

At just 18 years old, Christian Del Bianco won the Minto Cup MVP with a stellar tournament. He made 59 saves on 64 shots in 70 minutes of work, an exclamation point on an excellent series. It was thought that in order for Coquitlam to win their second Minto, the ‘tendy needed to be pretty spectacular. He was all that and more—he finished the tournament with a sparking .891 save percentage and five wins, allowing just 5.49 goals per game.

Orangeville outshot the Adanacs in every game but Game 2 when the Northmen were already up three or four goals. Del Bianco consistently saw outside shots thanks to his defence, but he was excellent where players like Charalambides, Tinney and Hoggarth were able to boss their way inside. This is a kid who’s going to back up Frankie Scigliano in Calgary this winter, a full season of experience to come back to the BCJALL even more dominant next year. With a relatively young group—many of these are due to stick around, particularly key guys like Dennon Armstrong and Thomas Semple—it’s scary what Coquitlam could do with this group next year.

Matt Vangalen was pretty solid for the ‘Ville, leading the team with 15 shots; John Hofseth had two goals on 10 shots for Coquitlam.

Overall, the Minto was an excellent showcase of junior lacrosse and all four teams should be proud of what they accomplished this year. Alberta has sent a message to both B.C. and Ontario that they aren’t to be taken lightly. Six Nations run of dominance was brought to an end and it’s always tough to retool in a highly intense OJALL.

Taking into account each player’s body of work through the whole tournament, here are my picks for Minto awards.

MVP: Christian Del Bianco, Coquitlam Adanacs—The obvious choice. Best junior goalie in the country and he still has two years left in the league. It would take a great performance to outclass Nolan Clayton’s job in the other cage, and Del Bianco delivered.

Best Offensive Player: Adam Charalambides, Orangeville Northmen—Guy scored from everywhere on the floor, sparked momentum shifts for Orangeville and is a very difficult player to defend on the floor. Contributes as a shooter, passer and cutter. Scored on 23.6 per cent of 72 shots – the most taken in the tournament.

Best Defensive Player: Eli Salama, Coquitlam Adanacs—Wasn’t the most imposing figure on the floor, but a consistent threat in transition meant Salama was one of the more impactful Adanacs over the whole tournament. General Manager Scott Wortley told of a story about Salama insisting he should get a longer look when they originally wanted him to go help the Junior B club. The RIT product hasn’t looked back since.