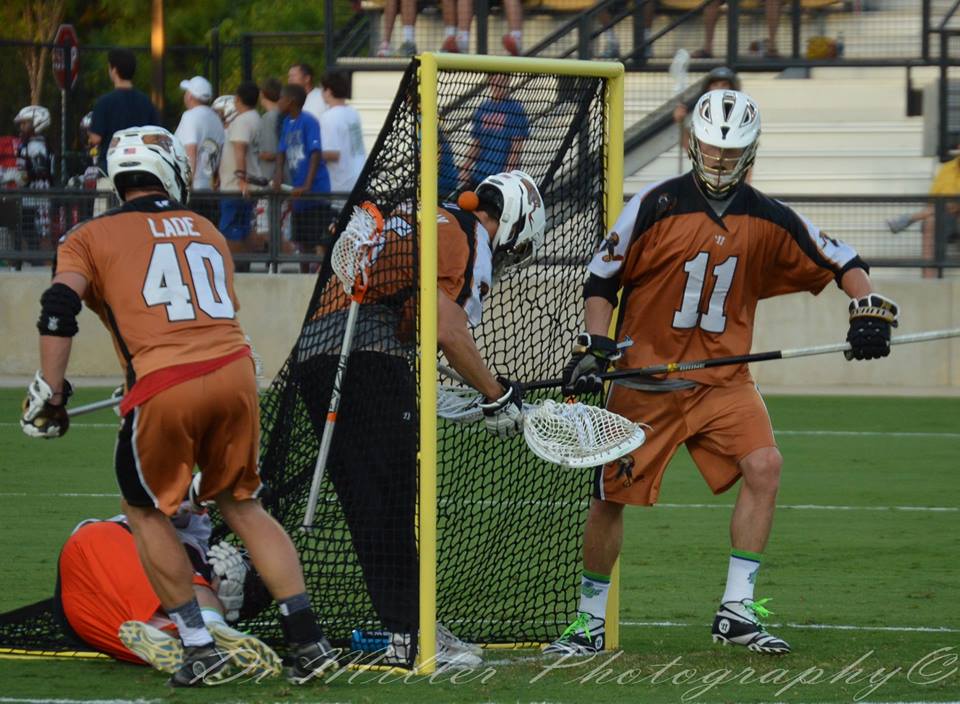 The most prominent storyline this weekend without a doubt was Paul Rabil’s and Mike Stone’s return to Boston as New York Lizards while Max Seibald faced his former teammates.

Having played in Boston many years ago, I received a crash course on the New York versus Boston sports rivalry.  Having played at Auburn I thought I knew about deep rooted rivalries.  After all, I believed that Boston and New York had so much in common.  They do have much in common and their dislike for each other’s sports teams is chief among them.

There was no shortage of pregame hype and speculation in this meeting and I looked forward to this game like a good steak.  Greg Gurenlian, the Lizard’s league leading faceoff specialist, was missing the game with a nagging hamstring injury sustained in the Rochester game last week.  Joe Spallina was fulfilling his coaching commitment at Stony Brook woman’s lacrosse team and was stuck in traffic.  Coach Steve Duffy, the Cannons former coach was calling the shots for his new team in this game.  Will Manny, the new offensive leader for the Cannons, was out for the game with a broken finger.  Many wondered if the Cannons would be able to match the Lizards scoring without Manny in the lineup.

The game could not have started out any better as Rabil and Seibald traded back to back two point goals.  It could not have started any better and this game stayed close throughout the remainder of the contest.  The Lizards entered the contest with their star laden roster and the new look Cannons were rejoined by all star defenseman Mitch Belisle fresh off his indoor commitment.

Boston kept up with New York’s offensive juggernaut, but could never take the lead from them.  This game played out like so many other New York and Boston sports rivalries as the Cannons never lost the chip on their shoulders against the heavily favored Lizards.  It is almost as if a movie or documentary should be made about this game.  There is no way the rematch in New York can be as entertaining as this game.  Or can it?  Boston has shown so far this season that no one should take them lightly and New York continues to prove they are the best team in the league and looking for a championship.

Rochester and Florida locked up and went to overtime in the next most interesting game of the weekend.  Florida continued to dress two faceoff specialists and struggled to put together team defense in front of Brett Queener.  In addition to defensive woes, the Launch were without the services of last season’s MVP, Casey Powell, who did not make the trip.  Tucker Durkin and P.T. Ricci continue to have solid seasons but Rochester exploited weakness on the crease to take close range shots on Queener who was coming off last week’s injury sustained in a pile up against the Bayhawks.

Florida found some new contributors on offense as Steven Brooks, Sam Snow, and Duncan Clancy joined 2014 Rookie of the Year Kieran McArdle in the scoring column.  Even Tucker Durkin scored in transition as Florida scored back to back goals to keep the score close.  The Launch’s second half offensive flurry fell short as the Rattlers were rejoined by Jordan MacIntosh, Justin Turri, Joel White and Mike Manley.  These Rattlers returned to the nest after coaching and NLL commitments.  This grounded the Launch as they attempted a fourth quarter comeback.

Rochester gets stronger as the season progresses while Florida traded the rights to Kevin Rice for Miles Thompson.  The Launch may have lost the game, but changed the course of their season with their response.  At 0-3 the Launch needs to make adjustments and dig themselves out of their current predicament.

Charlotte made the trip to Denver and managed to make the game interesting with good hustle and effort plays.  The outcome was never in doubt as the Outlaws had four players with three goals, setting an MLL record.  The faceoff battle between Anthony Kelly and Brendan Fowler was one of the crucial matchups.  Fowler started strong and scored two goals off clean wins, but Kelly won the war and used his size advantage to go 17 of 30.

Denver is getting stronger as the season progresses just like Rochester.  Many of the Outlaws still have indoor commitments and are far from their full offensive strength.  Charlotte is looking for depth and identity.  The defense and faceoffs are bright spots for the Hounds, but no team in the MLL can afford to spend too much time on one side of the field.  Offenses are too good, too talented, and possess too much depth.  Ask Florida about playing too much defense.

The Ohio Machine won their first game as they defeated the Chesapeake Bayhawks.  Ohio’s vaunted offense returned to last year’s form as Peter Baum and Tom Schreiber each had hat tricks and were responsible for half of the Machine’s points.  With the offense jumping out to an early lead and maintaining possession of the ball, the Machine’s defense was able to shut out the Bayhawks in the fourth quarter.  Stephen Robarge, the faceoff specialist for Chesapeake, was sorely missed as his absence allowed Ohio to dominate that aspect of the game.

Considering the Bayhawks are missing a lot of their offensive punch, this may be some of Dave Cottle’s best coaching to guide Chesapeake to a 2-1 mark.  Tyler Fiorito again made a statement that he has the talent to be a starting keeper in this league and Jack Rice scored a hat trick in his second year with the team.

This past week had the offenses shine as many teams had players join after their indoor season ended.  Faceoff specialists proved their worth and played crucial roles for their teams.  Other teams started to hit their stride and show why they were in the playoffs last year.  Regardless of where each MLL team fell this past weekend, the top tier teams are starting to separate themselves and the other teams are searching for ways to shore up their weaknesses and turn the season around.  Rest assured that whatever happens, the rest of the season will be entertaining as the college season prepares to conclude.