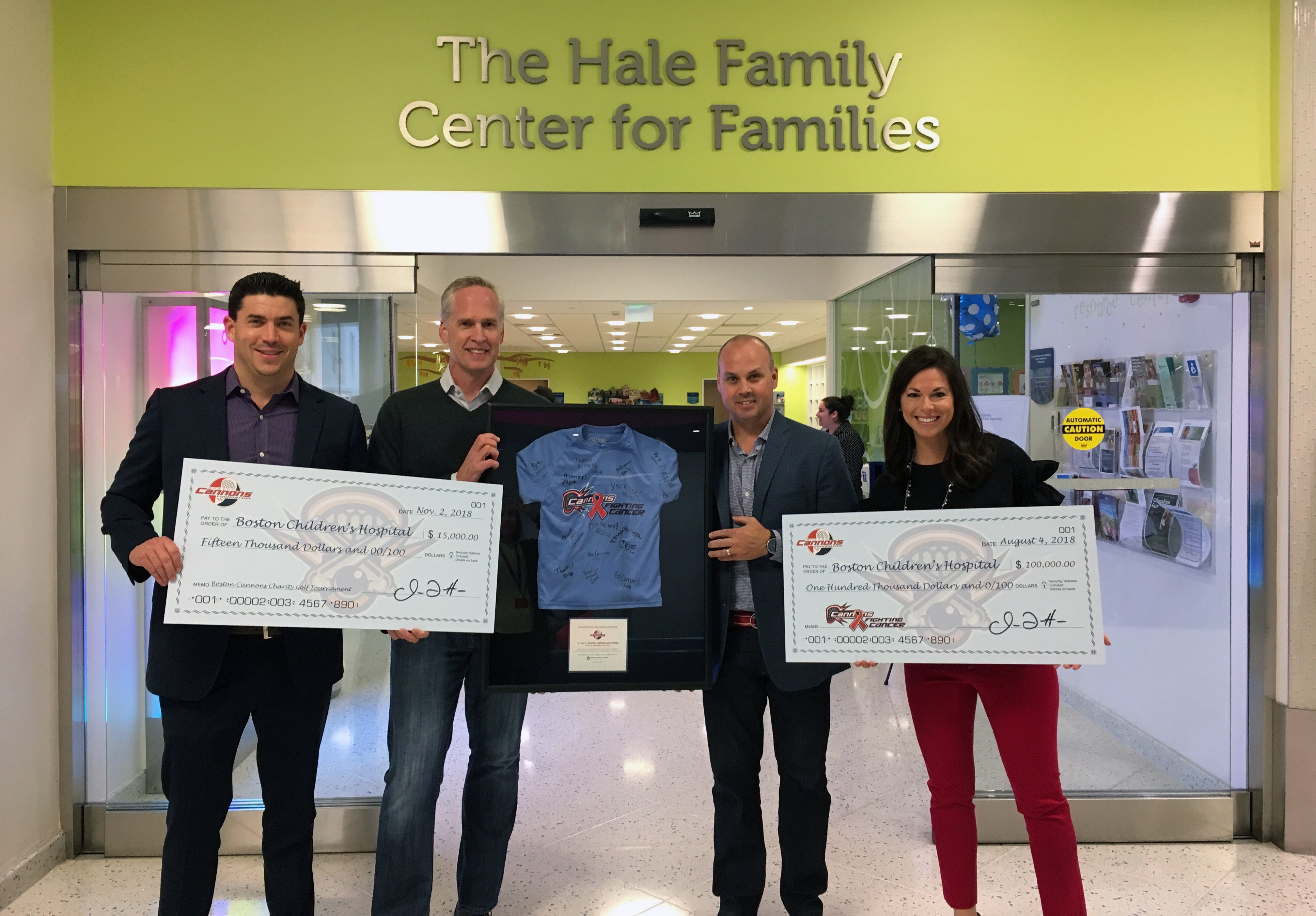 Cannons Fighting Cancer was created to unite the lacrosse world while bringing the medical community, research institutions and inspiring individuals together who have made an impact in the fight against cancer. Proceeds from the season long fundraising efforts benefited Boston Children’s Hospital’s Cancer and Blood Disorders Center.

“Our fans, partners and players are passionate about our commitment to Cannons Fighting Cancer, and the impact we have made over the last three years,” said Cannons President Ian Frenette. “In addition to raising funds and awareness, we have also recognized over sixty local organizations or individuals who are making a significant impact in the fight against cancer.”
The Boston Cannons Foundation had support from many fans and team partners including Granite Telecommunications, BJ’s Wholesale Club, Suffolk Construction,OPTUM, Citizen’s Bank, and trimino™ to lead the fundraising efforts for this program. Straight donations as well as pledges “per goal scored by the Cannons” during the season helped reach the $100,000 mark. The Cannons scored 180 goals in 2018, an average of 13 goals per game.
On October 18th, the Cannons Foundation hosted their 4th Annual Charity Golf Outing at Cohasset Golf Club. There was a full field of teams, with Cannons partners, alumni and current players/coaches in attendance, the day included raffles and a great day of golf to bring awareness of the Boston Children’s Hospital Child Life Services to the lacrosse community through golf.
Following dinner at the Charity Golf Outing, the Cannons Foundation and Boston Children’s Hospital hosted guest speaker Pete Cargill, who has a set of triplets who were treated at Boston Children’s Hospital and directly impacted by the Child Life Services program.

“Boston Children’s Hospital is grateful for the ongoing support of the Boston Cannons,” said Mike Bornhorst, Associate Vice President of Boston Children’s Hospital. “Their events provide vital funding for our Cancer and Blood Disorders Center as well as our Every Child Fund, while visits from their players provide much joy for our patients and families. We’re honored by their partnership.”