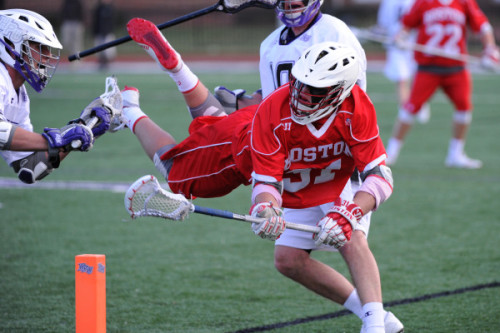 The Boston University Terriers defeated the High Point Panthers 13-10 on Tuesday afternoon to start their season 3-0 for the first time in program history. James Burr scored three times and Sam Tenney scored twice to lead the Terriers despite a banged up roster going into the game.

Leading point getter from last season Cal Dearth and leading goal scorer Ryan Hilburn each did not make the trip to North Carolina, and Conor Okmin and Brian Badgett each made their debuts in the 2016 season. It was the first time Badgett has taken the field for the Terriers since 2014. Sam Talkow, already banged up from the first game, left the game and came back between the third and fourth quarters.

The Terriers started out hot, going up 3-0 early and leading 6-1 going into the second quarter. With Dearth out, the midfield unit on offense was run by Brendan Homire, Adam Schall, and Sam Tenney. Tenney scored his two goals while Homire had a goal and assisted on three more with six shots on net.

Talkow appeared to get injured late in the contest but did come back into the game. On the day he picked up a goal and won 12 of 20 faceoffs. Elliott Burr won one out of the six he took.

BU began to struggle at times clearing in the second half, going 13-for-17 overall while the Panthers were perfect in their clears. High Point also led the battles for ground balls and caused turnovers.

BU continued to diversify its scoring with nine different goal scorers in the game. With Hillburn out for two contests now, the Terriers have needed secondary scorers to step up, and they have.

Boston University returns to action on Saturday when they host Hartford, while High Point will take on No. 4 Maryland. 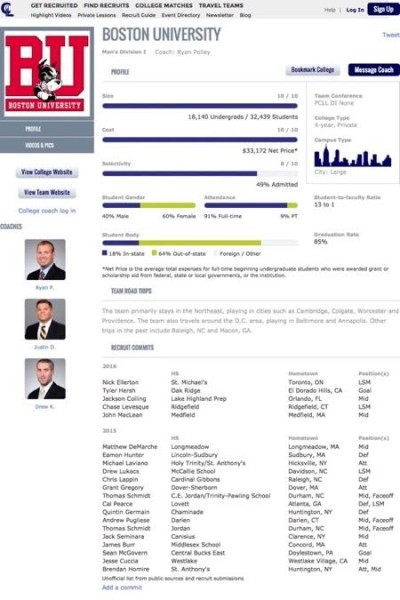