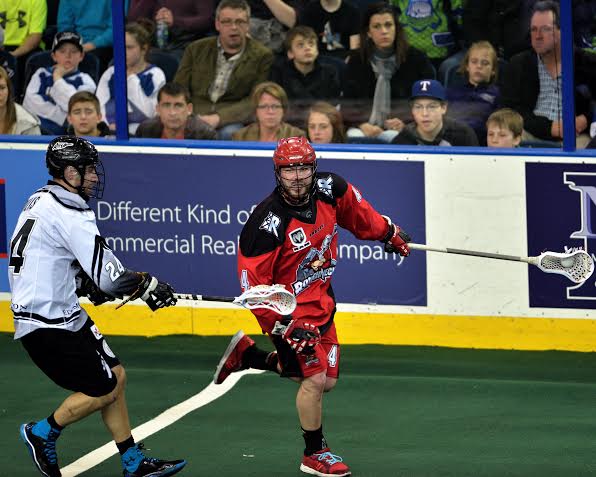 In one of the most surprising, and also quietest, moves of the NLL offseason, the Calgary Roughnecks have released star faceoff man Geoff Snider. The move occurred on August 3 and went relatively unnoticed until the NLL updated their transactions page early this week.

Snider, who led the league in faceoff percentage in 2015, was benched twice in late March, as was highlighted in the Calgary Sun on March 27:

“I, personally, don’t want to go anywhere,” Snider said when asked about his future Friday. “I love Calgary, I love being here, and, for me, it’s just about controlling what I can control — my effort, my attitude, the work I put in during the week, and being a leader. We’ll cross that bridge when we get there, if we get there, and I’m just focusing on being ready for the Calgary Roughnecks when they need me to play.”

“It’s definitely a tough situation,” [Andrew] McBride said. “I know it was tough for me at the start of the year, and I know in speaking with Geoff and being a good friend, it’s tough for Geoff. He’s a fierce competitor, and he’s handled it extremely well, with grace and maturity.

“He’s been helping guys in the faceoff circle, and he’s been handling it like the leader we think he is.”

The story continued on May 14 in Calgary Sun:

“He’s been a pro the whole time,” Roughnecks GM Mike Board said. “He hasn’t complained, he’s been a great teammate, he’s part of the leadership group and he’s involved in developing some of the guys on our practice roster and he’s been a leader for us.

Teams that might have an interest in Snider’s services include the New England Black Wolves, Georgia Swarm, and Toronto Rock. Snider is now on the free agent market, though the reasons behind his release remain unclear.