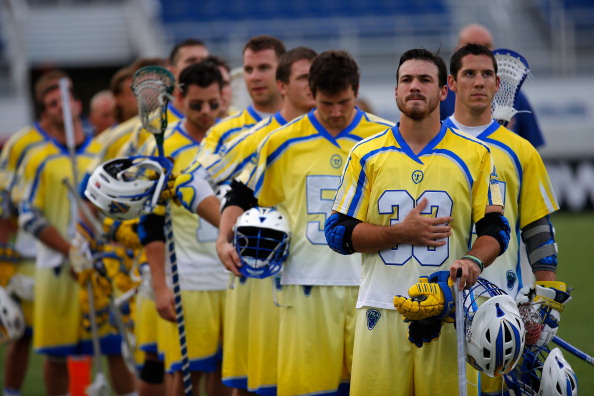 Thank you making time in your schedule for this interview. How did you get involved in MLL lacrosse? Auburn University is not exactly a hotbed. What drew you to the sport?

I was put on this path mainly due to luck and connections. I was one of the very lucky few graduating college that had a job in place at the time thanks to the economy. This job with Brock Communications pointed me towards newly-founded sports teams as a client hired me to run their public relations department and lay the groundwork for their future. After the economy reared its ugly head once again I was looking for another new adventure.

I was asked by a friend to apply for a position posted by the Ohio Machine. Three weeks after I applied, I was offered the position, accepted and was moving to Ohio. I didn’t have anything to lose so I said might as well! But at the time I had never met a person who played lacrosse let alone watched a game. The first ever games I ever watched were the 2011 MLL Playoffs when Hurricane Irene was pummeling the northeast coast. I sat there watching these athletes playing in the middle of a hurricane and making it look easy – that’s when I knew I had chosen the right sport to pursue. You can thank the Boston, Hamilton, Chesapeake and Denver players for drawing me in!

Could you introduce some of the Florida Launch front office personnel and give the readers an idea of how an MLL team is structured outside of the coach and players?

Like many of the teams in the league, we are small but tight-knit front office. We currently have four employees in the front office including myself. We are headed up by our fearless leader and Team President Brian Clinton who started with the team in December 2014. Brian is a big reason why the sport of the lacrosse is growing so quickly down here in South Florida as he helped found the South Florida Youth Lacrosse League and was one of the biggest supporters of MLL expanding to Florida. Next we have Michael Zeff as our director of sales and sponsorship who joined us November 2014 and Ticket Sales Account Executive Ed Guminski. Michael and Ed oversee the huge and impressive goal of growing Major League Lacrosse here in south Florida.

Most MLL front offices are small and everyone has their hands in more than one task at a time. Here at the Launch we all wear multiple hats at all times of the day with one goal in mind – making south Florida the top MLL market.

What are the differences in your preseason, in season and post season duties?

In season is a different kind of monster for all of us. It picks you up in April and sweeps you away quickly – next thing you know it’s the end of August! My in-season duties focus on the now and reacting to things happening on a daily basis because last minute changes and problems always arise. Postseason duties are a big part of future seasons as you compare and contrast what worked and didn’t work. This allows you to lay the foundation for the team’s success based on your prior successes or failures. Preseason is filled with preparing as much as you can for in season and making sure the foundation laid is sturdy enough to build upon.

What goes into the preparation for a home game, away game and which is easier?

No doubt away games are so much easier and a lot less stressful! Away games you only have to focus on your team and their travel arrangements from flights and hotel arrangements to team meals and practices.

But for home games, you not only have to take care of your own team but the away team and fans attending your game as well. There are so many time consuming little details that go into hosting a home game that can either make or break a fan’s game day experience. And that’s what really matters in the end, the fan’s experience. My most nerve racking but favorite part of the game is the end; not because the craziness is over but because I get to look into the stands and see the fans’ reactions to the game – good or bad! It’s why I do what I do.

You served in a similar position with the Ohio Machine. How did you make the decision to move back to Florida?

I had been working for the Machine for almost two and half years when I was approached by MLL Commissioner David Gross to talk about the league’s expansion into Florida. He knew of my connections in Florida both professionally and familial. He also knew there was only so much snow and cold weather a born-and-raised Floridian could take before breaking! ☺ After speaking with John Algie (my GM at the time) I felt comfortable with the new adventure and took Commissioner Gross up on the offer to start with the Florida Launch.

But I have to say that was the toughest decision I’ve had to make to date to leave Columbus and the Ohio Machine as it was such incredible organization. We had become a very close family. But I knew the success the Launch would have down here and I couldn’t pass up on that opportunity to once again be on the ground floor of a new team.

The Launch was a relocated team. What were some of the challenges in the first season with the Launch?

Everything is a challenge when it’s a team’s first year in a new market. For our first season with only about two months until opening faceoff, there were only three of us in the front office; myself and two ticket sales account executives. That in and of itself was a challenge as there was only so much the three of us could do. We did have tremendous help from our auxiliary staff, as well as the south Florida community. You could see why the MLL put a team in south Florida based on the support we received. But our biggest challenge was establishing a fan base even with the built-in audience already down here. People believe that having a big lacrosse hot bed in your backyard makes it an instant success in the stands but it takes time to cultivate and grow those relationships. And we are seeing the result of that now as our numbers are growing and will continue to grow.

There are some All Star players and some incredible young talent on the roster. Do you see the team picking up with the momentum they had at the end of the season?

Definitely! What this team brought together at the end of the season shows fans what we have in store for them next year. This team showed more heart and determination than I have ever seen and that was even after they knew there wasn’t a chance at playoffs. Yes the season started out a bit rough for us but these players didn’t give up at any point during the season; fighting for each and every point. If the end of this season didn’t excite Launch fans for next year I don’t know what will. They won four out of their last five games and two of which were the two teams in the 2015 championship game! This is a team to keep your eyes on in 2016 for sure.

Announcers all comment on the incredible field and climate in Boca. What are your thoughts?

We couldn’t ask for a better place to call home with Florida Atlantic University Stadium. The facility and field are impeccable. I might be just a little biased but I think it’s the best in the league. The climate is something to get used to down here but it has been beautiful for the most part. The only thing that gets us is the lightning storms. Now those are incredible – just ask Ohio and Charlotte, they had to experience the lightning delays while down here. That’s what we have to worry the most about.

With expansion looming next season, how are you approaching the expansion draft and what goes into preparing for the collegiate draft?

We have a lot to build upon and will be using the drafts to do that. But how we build and get to next season’s team is when I defer to our Head Coach Stan Ross. Even though I’ve been in the MLL for five years I still can’t decipher what these coaches and GMs see on the field and the potential they see in these players. So much goes into fielding a team. It’s definitely an art!

Where do you see the league in five years?

I see this league continuing to grow and expand like it is now. There is a want and need for Major League Lacrosse all over the country but the league is being smart and making sure the teams they place are going to last. I’ve seen it many times in other leagues that they throw teams into a market without any research and those teams have fallen quickly. The MLL is being smart with their expansions and I’m looking forward to seeing where they will place the next teams.

Is there room for another MLL team like there is in NY?

I certainly agree that there is potential for another team in Florida because of the size of the state and the growth of lacrosse in every part of it. Personally I would love to see a team in either Tampa or Jacksonville but there are plenty of cities around Florida that would do well with a MLL team.

What are your goals for next season?

Off the field, the main goal for the Launch is to continue to grow and expand our reach down here in south Florida. This market has the potential to be one of the biggest in the MLL and our goal is to make that a reality. On the field, winning the Steinfeld Cup of course!

Just to be fair, what questions do you have for me?

When are you becoming a season ticket holder? ☺ Being engaged to a high end hair and makeup artist is not all fashion shoots, models and movie sets. It requires a lot of weekends as does being a restaurant manager, BUT she loves the MLL and lacrosse. I do need to get better about taking time off… we are committing to three games next season!