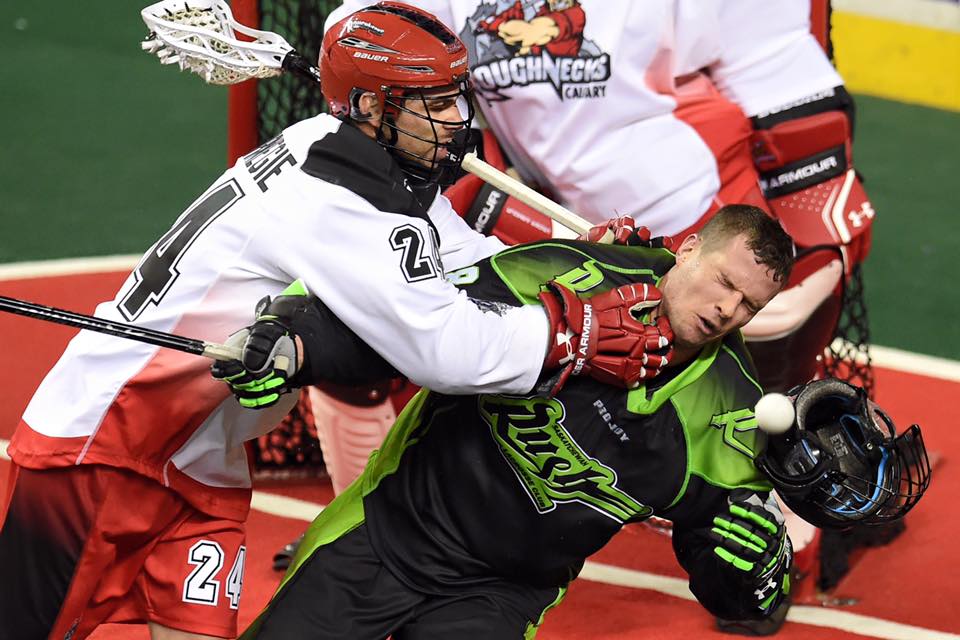 After making the playoffs on the last weekend of the regular season, the Calgary Roughnecks travel to Denver to face the Colorado Mammoth in a one-game semi-final to determine who will face the Saskatchewan Rush in the West Division finals.

For the second year in a row, the 8-10 Roughnecks were snake-bitten in one-goal games—they were just 3-6 in games decided by a single goal in 2016 after going 4-5 in one-goal games in 2015. If they can find a way to prevail in a close contest—as they did last weekend against the Toronto Rock when they took an 18-17 overtime victory—they’ll be in good shape.

The offense will be challenged once again to find extra firepower with sniper Dane Dobbie on the injured list. Dobbie finished the season with the fourth-most points on the team (60) in spite of missing five games. Rookie Riley O’Connor has done a good job on the left side this year, contributing 36 points, but he is primarily a playmaker, scoring just six times. That means the scoring slack needs to be taken up elsewhere.

Count on Curtis Dickson getting his share. Dickson’s 61 regular season goals were a new franchise record and tied him with Gary Gait for the third-most goals in a season in NLL history. Both Jeff Shattler (30 G) and Tyler Digby (32 G) broke the 30-goal barrier as well and are capable of big nights.

On the other end of the floor, Calgary has two reliable netminders to call upon this year. Mike Poulin retook the starting role part way into 2016 after a disappointing 2015 campaign and he has done an excellent job ever since, posting an 11.46 goals against average, good for fourth-best in the league. Frankie Scigliano wasn’t quite as strong as he was in 2015 after taking over for Poulin, but his 12.20 GAA was solid and gives coach Curt Malawsky a good second option if Poulin has a rough start.

The defense will be challenged to find a way to contain John Grant Jr., who has a history of having big games against the Roughnecks—during the regular season this year, Grant only managed 14 PTS in three games against Calgary (slightly below his 5 PTS/game average on the season), but that included an overtime winning goal, something Grant has done repeatedly to the Roughnecks over the years.

The opening faceoff is at 7:00 p.m. in the Pepsi Center in Denver.