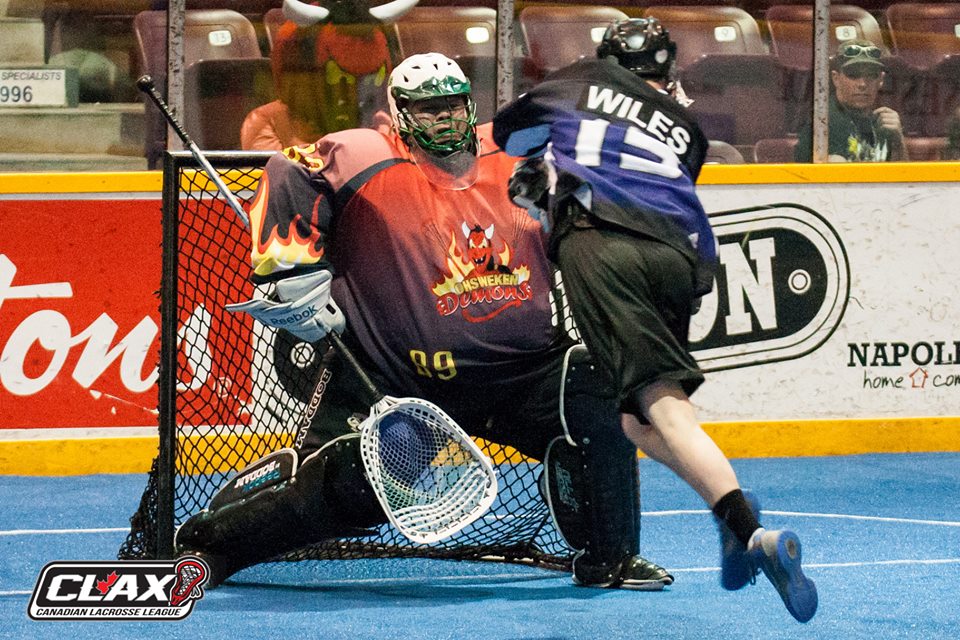 The Canadian Lacrosse League is set to hold their draft this Saturday at 8pm, live from the Syl Apps arena in Paris, Ontario. The CLAX combine will also take place this Saturday prior to the draft from 5pm to 7:30pm. Last season’s CLAX Draft was a 12 Round Draft, with all but the Oshweken Demons making selections. If Oshweken is to make selections this season the Draft should see 60 players selected this Saturday.

Durham Turfdogs – The Turfdogs went 1-7 last season, scoring the fewest goals of any in the league with just 83 in 8 games. The most glaring need for the Turfdogs would be adding a potent offensive threat, although selecting a goaltender would also be a wise decision, as Kevin Croswell who started the majority of the Turfdogs games last season is set to start the NLL season with the New England Black Wolves. It wouldn’t surprise me to see the Turfdogs select a guy like Connor Latimer early on, the Durham native has lit up the Sr. B loop the past two seasons, tore of the OLA Jr. B loop when he was a member of the Clarington Green Gaels and has a familiarity with many current members of the organization. Plus he’s a player who will likely be with the team through the season’s entirety, not going back an forth between the NLL and missing key CLAX games. Jesse Guerin or Kyle Clancy would also be wise choices as both possess a high level of offensive skill. Guerin is a smaller body, with good play making skills and an accurate outside shot, while Clancy is a bigger bodied player who likes to back his opponents in and use his size to his advantage. Given their familiarity with new Turfdogs coach Mat Giles, they could see their names called early on. Adding a goalie like Doug Buchan or Michael Fournier should also be an option in the mid to later rounds.

Barrie Blizzard – The Blizzards finished with a 4-4 record last season, despite giving up the 2nd most goals in the league and having the 2nd worst goals for mark. Barrie’s most glaring area of concern is in goal, Derek Collins isn’t expected back, and even if he is he’s 39 years of age. Scott Komer saw a couple games of action for the Blizzard last season, although his goals against average was near 18.00 per game. Angus Dineley was arguably the best of the bunch for Barrie, but he did not suite up for any team this summer, so his status is also up in the air. Michael Fournier and Tyler Glebe are arguably the two goalies in this years draft class, so it wouldn’t be shocking to see one of them headed to Barrie in the draft. Barrie’s top scorer Caleb Wiles is still kicking around in NLL camp and may not return, that would be a huge blow to the club, as the teams 2nd leading scorer Jonas Derks is definitely not returning, as he’s been named the GM of the Durham Turfdogs. The Blizzard lacked a pure goal scorer last season, so that’s also another area they’re to look to upgrade. Names like Brendan Anger, Brock Levick and Connor Latimer are sure to be discussed.

Niagara Lock Monsters – The Lock Monsters went 6-2 during the CLAX regular season, but where ultimately named crowned Creators Cup Champions for the 1st time, defeating the Oshweken Demons. The Lock Monsters are a well balanced team going into the 2014-2015 season, however they’re likely to lose two big pieces of their Championship puzzle. Goaltender Dave DiRuscio and offensive dynamo Corey Fowler both look poised to crack the Buffalo Bandits roster. They also face some uncertainty regarding Kyle Potter and Mitch Dumont, as both players recently signed on with the Rochester Knighthawks. I believe the Lock Monsters will look to acquire the best player available with their first selection. A player like Connor Eustace strikes me as a player the Lock Monsters would cover, a strong, athletic defender, with good hands and a strong lacrosse IQ, it was very shocking to see Eustace passed over in the NLL draft. Local players like Spencer Allen, Dustin Gatt, & Brooker Muir will also likely be on the teams radar.

Oshweken Demons – The Demons didn’t select any players in last years draft, and given the fact that only players of Native American decent suite up for the Demons, its fairly easy to predict who would be on their radar. The Demons finished 1st overall last season with a 7-1 record, but where upset by the Niagara Lock Monsters in the Creators Cup Final. The Demons are expected to lose the likes of Quinn Powless, Alex Kedoh Hill and Josh Johnson to the NLL. While Ian Martin is still actively participating in Rochester Knighthawks camp. Expect the Demons to look to add the best available talent to them, players like Chancey Hill, Lee Nanticoke, Tyler Barnhart and goaltender Chase Martin.

Southwest Cyclops – The Cyclops went 2-6 in their inaugural CLAX season,  barely squeaking into the playoffs. The Cyclops gave up the most goals against last season, and scored the second fewest goals in the league. The Cyclops boast some good young talent, however three of their best players from last season, are still in NLL camps. Tyler Burton and Jimmy Purves will likely crack their respective NLL teams roster, while players like Eric Pitre, Jordan Dance and Jake Crans are less likely to crack NLL active rosters, they will earn good long looks, and could see time away from the Cyclops as NLL teams look to shake up their rosters come mid season. Southwest will likely look to add some more scoring, athleticism and figure out their goaltending situation. Players like Brandon Anger, Tyler Glebe, Michael Fournier, Tom Masterson and Anthony Caputo will likely be on their radar.