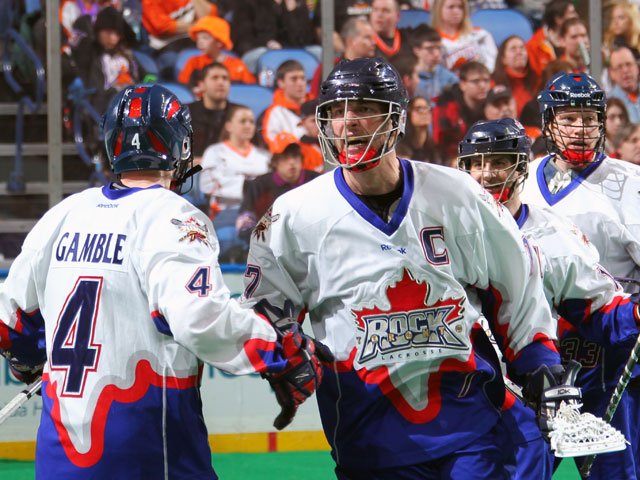 Toronto Rock all-time leading scorer Colin Doyle has been moved from the Physically Unable to Perform List to the Active Roster in time for Friday’s game against New England. Doyle’s recovery from off-season shoulder surgery has progressed more rapidly than originally thought and he will be available to play for the Rock on Friday.

“Colin is a big presence on the floor,” said Rock Head Coach John Lovell. “He sees the floor so well and has the ability to make big plays. He does so many things at a high level. This is a big addition for us.”

Doyle has not played a game in 2015 and after having the surgery to repair the torn rotator cuff he suffered while playing for the Six Nations Chiefs in the summer of 2014, he was not expected to play at all this season.

“We’re excited about the possibility of Colin playing,” said Lovell. “His return wasn’t something we expected this season, so it’s somewhat like trading for an impact player without giving up anyone off our roster. He’s been a very good player for this franchise for a long time.”

Rookie forward Jordan Robertson has been moved to the Injured Reserve – First Level.