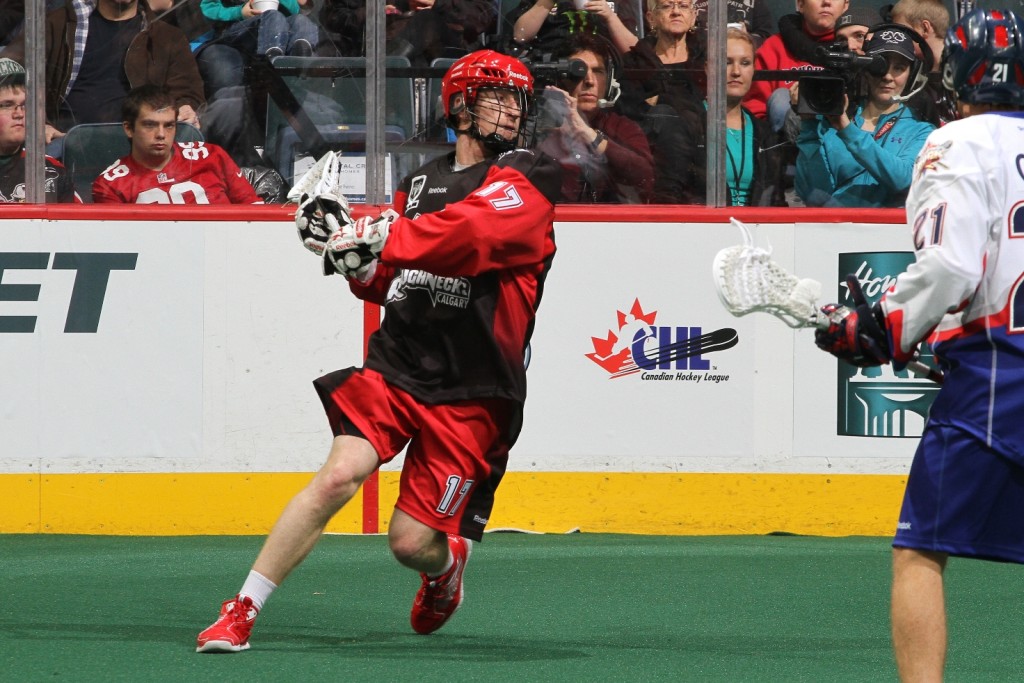 Century 21 Lakers star forward Curtis Dickson received some bad news when an MRI in Calgary revealed a suspected sports hernia which may keep him out of the Lakers’ lineup for the season.

Dickson had an injury during the National Lacrosse League season and during recent workouts felt it getting worse. The MRI confirmed the seriousness of the injury on Friday. He doesn’t yet know if surgery will be required.

General manager Paul Day says “We were working with Curtis and the Calgary doctors, to determine the injury, it never came to light until week one of our season. It is very unfortunate for our team and the fans, but Curtis is very disappointed and his health is the number one priority.”

Dickson is very disappointed. He said he was so looking forward to returning to the Lakers after spending his first season in Peterborough last year. He was told the injury would require three to four months to heal. He won’t know until tomorrow if surgery is required.

Dickson said “Obviously I’m upset I most likely won’t get a chance to play this summer. The team is looking great so far and have a great shot at getting back to the Mann.

“As for any chance of me playing it will all depend on the final diagnosis and whatever the doc tells me. Obviously I would love to get out there and battle with the boys but I need to make the smart decision and not risk further injury and take time off.

“I’m just going to be spending my time coaching out in Calgary this summer, hopefully I can make my way out east to catch a game or two and cheer the boys on,” he said.

Dickson joined the Lakers after general manager Paul Day was able to get his rights from the western lacrosse association. Dickson came second in scoring behind Shawn Evans with 75 points in 18 games including a team leading 37 goals in the regular season. He was also second in playoff scoring with 49 points including the team leading 24 goals in the Major Series League playoffs.

The two time all American who has earned the nickname Superman for his high flying across the crease goals with the Lakers and the NLL Calgary Roughnecks, thinks the Lakers have a good chance of getting back to the Mann Cup and wanted to be part of that journey and to experience a Mann Cup championship series in Peterborough.

“Not having Dickson in our line-up is a big loss. He is such a dynamic player that we as a group will have to work to fill the void.

“It’s not up to one player to do what Dickson does, because no one can; the onus is going to be on the guys we dress for each particular game and as a group we will take advantage of the opportunities that present itself.”

General Manager Paul Day says Dickson’s loss will be a big hole to fill. “We have Mark Steenhuis back this year, we will move on, this will give everyone a chance to improve and provide some young players with an opportunity to continue the positive play we have seen for the first four games.”

The Dickson injury is just one of a list of Lakers injuries to key players including Brock Sorensen, Mark Farthing, and Andrew Suitor.

Junior graduates have been playing well and filling in the holes as they learn the team systems.

The Lakers are 3-1 to start the season.