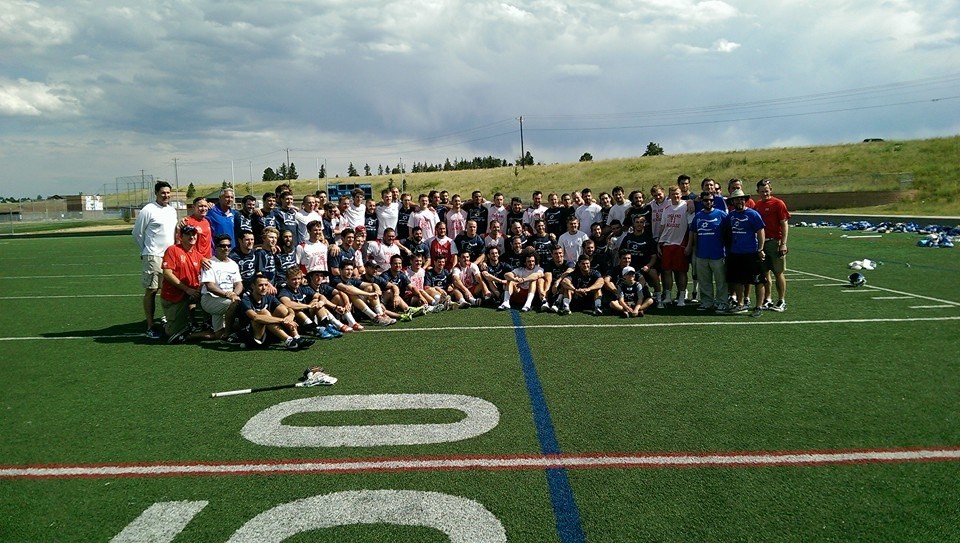 Hey what’s going on everybody? My name is Colin Clive and I play for the England National team. I’m going to blogging about our experience during our time out here in Denver. The first day has already been an interesting one to say the least. Since I am American and I live on Long Island, I was going to be meeting up with the rest of the guys with another one of my teammates, Nick Watson, out in Denver. But that plan was changed a couple of hours before our take off on Thursday night because of Hurricane Arthur, which was hitting the east coast. So finally after a day wait, Nick and I were finally off to Denver early on Saturday morning. We were just both ready to get out there and start playing again since we are both coming off pretty successful seasons with our respective college teams and it has been sometime before our last real game.

We finally arrived in Denver in the afternoon on Saturday but we went straight to practice to prepare for our first scrimmage that was taking place later that evening. After a good practice with the boys, we were ready to take the field against an impressive BYU team. With every game that we play, we want to have a fast start because in the past, we would fail to achieve that. I am glad to say that we achieve that goal with a quick goal from one of our midfielders, Tom Gosnay. Although it was the first time that we were able to have the whole squad together for sometime, it was great team win. The final score was 10-7 but the game could have been much closer if it was not up for our stellar defense, which is lead by both of our goalies Nick Anderton and Ben McCallister.

After a day off on Sunday, we had a competitive scrimmage against the Israeli National team. We knew this team was going to be very good and we had to bring our A game. In the beginning of the game, we had a slow start and were down 5-2 by the end of the first quarter. After some strong plays by our defense, the offense knew that we had to pick up our end and that is what we did. The offense was lead by Josh Roden, who finished with 3 goals, and midfielders Sam Russell, Tom Gosney, and Aaron Prosser. It was a back and forth affair for the rest of the game and it came down to a last minute goal from Ady Bennett to seal the 12-11 victory.

The final scrimmage of our training schedule was against Colorado State University, who are dominant program in the MCLA, so just like the previous two game, we needed to be switched on right from the beginning. We were able to get a commanding lead with two goals in the first 3 minutes and there was no looking back from there. All ten of our offensive players registered at least one point in the contest but Nick Watson lead the way with 1 goal and 6 assists. The defense played great through out the game and it was fantastic to see them start to click as a unit. At the end of the day, the final score was 18-9, which is a great result for us and we are happy to be 3-0 in our training scrimmages. Although, we know that we still have yet to achieve our objective of playing a full 80-minute game of exceptional lacrosse, these past three games have been a solid litmus test for us. We are going to be playing some of the best players in the world. So in order to be competitive in the blue division, we need to improve as team every day because we are almost there but there is still work to be done. We are only days away from our first game against the Iroquois and the excitement is still rising throughout the team. Tune into Espn3 at 8pm MDT on Friday to watch us take on the Iroquois!