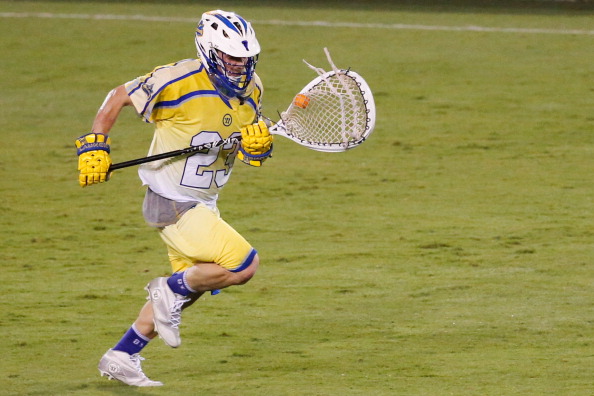 Sitting on the bubble as we draw closer to the end of this exciting MLL season the Florida Launch made a big move before yesterday’s 4:00 trade deadline. The Launch and Bayhawks worked out a deal that sends Kevin Crowley to Chesapeake, in return the Launch receive Steven Brooks, David Earl, and Jon Hayes. The Launch did lose their 3rd best threat on offense, but were the beneficiary of a two way middie in Earl, a big offense threat to join Garrett Thul on midfield, an a defensive midfield in Jon Hayes, which the Launch need right now because the guys they got aren’t getting the job done as of late.

“Trading Kevin Crowley was not an easy decision for us and we can’t thank him enough for everything he has done for our team this season but we felt that the opportunity to get these three young men couldn’t be passed up. David Earl, Jon Hayes and Stephen Brooks will be able to contribute to our program not only immediately this season but in seasons to come,” said Launch Head Coach Stan Ross.

Florida will return from the FIL World games break and travel to Denver for a match-up with the Outlaws. The Launch have struggled mightily on the road as of late, dropping their last three. On the season, there are reasons the Launch haven’t had much success and I’ll explain why;

-The Launch have the fewest shots, and shots on goal. With 393 shots and 239 shots on goal, that’s good enough for last place in the league. I believe someone said, you miss every shot you don’t take.

-Florida is 10 for 39 on the Powerplay. 25.64% is second worst in the league in front of only Charlotte, who is having their own set of problems.

– The Launch are riding a four game losing streak into Denver, which is what no team in this league wants to have on their plate.

After Denver, the Launch will have a home and home series with the Boston Cannons on back to back weekends then conclude the regular season on the road in Ohio. The Launch don’t exactly control their own destiny, but winning out would put them in the best situation getting them into the playoffs.