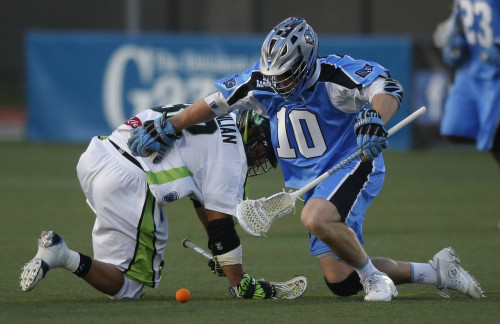 The Chesapeake Bayhawks have made a signing as they head towards their playoff stretch run. With two games left to play as must wins, they have added free agent faceoff man Eric O’Brien.

O’Brien had been with the Ohio Machine for parts of this season. He won 44 percent of his faceoffs in his 40 career games with the Machine. The former Ohio State player cut his teeth in the league with the San Francisco Dragons in 2007 and made his return to the league with Ohio in 2012.

A part of the first ever Ohio playoff team, O’Brien has seen success at the MLL level. The Bayhawks have rotated their faceoff men this season, with a combination of rookie Charlie Raffa, CJ Costabile, and previously Adam Rand and Stephen Robarge.

O’Brien played in three games with the Machine this season where he went 15-37 in faceoffs before losing the job to Greg Puskuldjian. His career high of seven points came in 2013. He also brings 143 career ground balls to the table.