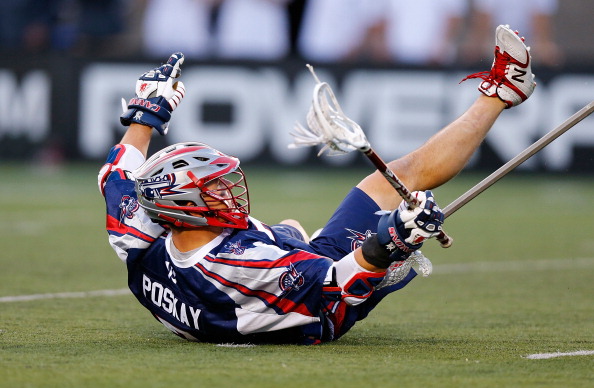 Matt Poskay Back in MLL

There is a lot of talk about the New York Lizards roster. They added Paul Rabil; Ned Crotty and Rob Pannell are in year two of working together; Cody Jamieson will be there at some point. But what is going overlooked is the fact the Lizards have also added another former MLL MVP.

Poskay was the MVP of the 2010 season with the Boston Cannons. Since then, however, he has missed time. He missed the entire 2014 season due to work and coaching with Wagner on Long Island. Now it appears he will be ready to play with the Lizards after making their roster.

Poskay is reunited with Rabil, and the former dynamic duo now have quite a cast of stars around them.

The Ohio Machine broke out last season and almost made a run towards a championship. Logan Schuss will miss the start of the season while he plays in Vancouver, and Steele Stanwick might miss time while coaching with Johns Hopkins. But other than that, the Machine roster is set and they are a year more experienced.

Peter Baum is ready for his second full season and Tom Schrieber is healthy after breaking his hand last season before the playoffs. Baum can play attack while Stanwick is out as well.

The Machine are a team to be reckoned with, and with the hype around New York they’ve been slightly overlooked.

Kieran McArdle, Miles Thompson, Jordan Wolf, Mark Cockerton. Major League Lacrosse had a phenomenal rookie turnout in 2014. There is one name, however, missing from this list, and that’s Charlotte Hounds now second year player Justin Ward. Ward was a beast on the assists last season, albeit with the 4-10 Hounds team that was going nowhere.

The Hounds have a much different look this season and they’ve taken away a lot of the beneficiaries of Ward’s skills. However, he still might have a breakout season. He’s getting a full season look and should be one of the scoring leaders on that roster.

While several teams have upped their scoring ante, there are several teams lacking on the defensive side of the ball. The Florida Launch are about two solid defenders away from being a contender. The Boston Cannons are without Brodie Merrill until midway through their season, and they lost Kyle Sweeney and Jack Reid. Meanwhile, the Rochester Rattlers defense, while physical and active, lacks some star power.

These three teams are all on the bubble for competing for a playoff spot; is all they need a little bit of defense to make their push?

Going rather unnoticed is the fact that Chris Eck is not on the Cannons roster, and the fact is he likely won’t return this year. This laves Craig Bunker as the sole faceoff man.

Eck battled injury a bit last season which gave us a look at Bunker who had previously done some faceoff work with the Rochester Rattlers. Bunker took 124 faceoffs last year, winning 60 of them for a percentage just south of 50%. This season, he’ll see a lot more opportunity, and it will be something to watch as to how the team handles faceoffs going forward.