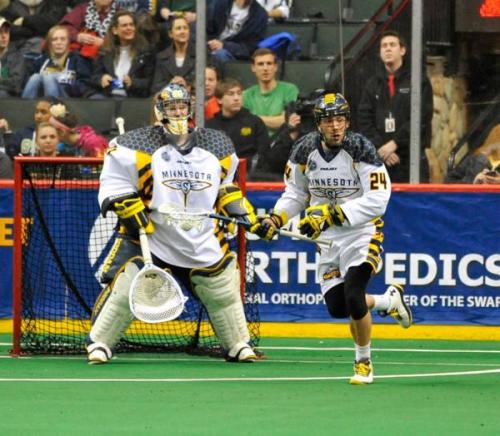 Well it is official the Swarm are now not the Minnesota Swarm, they are now the Georgia Swarm and are now calling the Gwinnett Center home. Although fans in Minnesota knew the move was coming it was a little startling for the team to end up in the greater Atlanta area.

The accepted theories prior to this morning’s announcement of the move had the Swarm either going to Nashville or possibly Las Vegas, and an outside chance of Winnipeg. No matter what the fans in Minnesota were going to lose the team to a market that has never had a NLL team.

Now the Atlanta area and Georgia as whole are an up and coming lacrosse area but there isn’t the dedicated fan base that a team would find in Minnesota. Minnesotans are known for their blind following of their teams. For years the fans had suffered through losing seasons and early playoff exits, no seasons as hard as the last two where the Swarm where the team went 4-14 and 6-12 respectively. Even with those horrible years the Swarm fans were still coming out to games and cheering for a team that wasn’t even winning by chance.

After the move, and looking back at how the team has run itself this move has been coming for a long time. The team has off loaded players that were fan favorites, were veterans, or had just gotten good enough to demand more money. Many names come to mind like Benesch, Suitor, Watt, and Kirk these names are only a few that you bring up.

The move also drags into the looking glass the way the Swarm have done business with the fans in Minnesota. The team never did really get into the forefront of the local media or really the fans not directly involved in the sport of lacrosse. On a number of occasions the ownership of the team claimed that they were not getting enough new season ticket holders to buy more. Although these seem like reasonable concerns the Swarm were still filling to roughly 8,000 to 8,500 fans on average.

There is almost a guarantee that the Swarm will not have the same type of fan base that they had in Minnesota. Many cannot see how Atlanta, who has not supported many of the teams it already has, can consistently support a team from a league which seems to be trending down. Also when you look at the teams new arena mates the Gwinnett Gladiators who only averages just under 5,000 fans, it makes very sketchy sense to move a team to an area that has a hard time drawing fans to another small league. This is also a city and area that lost two NHL teams over the years.

The Minnesota fans thankfully are not sitting idly by as they lose their team, there is a petition that was formed shortly after the announcement that the team would be leaving the Minnesota market last week. The organizers have also set up a Facebook page under the name Bring Back the NLL to Minnesota which has links to the petition and to its website http://www.nllmn.com/ .

Personally I would like to say that this was a great three years of covering the Swarm and a wonderful 11 years of being a fan of the team. It has been a great time and I do hope that Minnesota can regain an NLL team in the near future and maybe gain an MLL team as well.